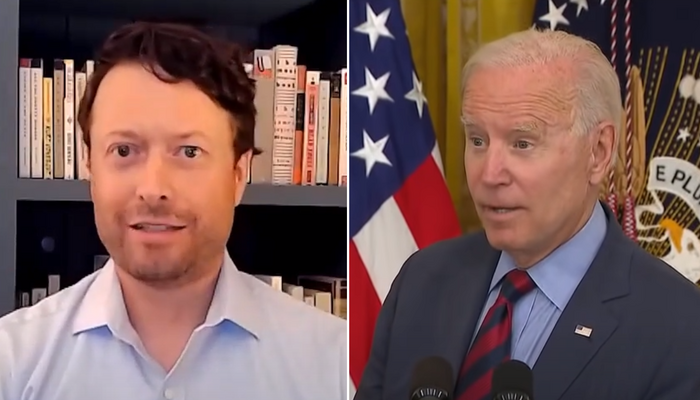 The New York Times has turned its sights on the middle class by asking President Joe Biden why Americans shouldn’t pay more at the pump to fight climate change.

The Times White House correspondent Jim Tankersley lectured Biden on how economists “say that, you know, when you raise the price of something people consume less of it” during the Question & Answer session of Biden’s speech following the G-20 summit on Oct. 31. To that effect, asked Tankersley, “[W]hy not allow even middle class, uh, people around the world to pay more for gasoline in the hope that they would consume fewer fossil fuels and emit less?”

Even Biden couldn’t justify the disturbing logic behind Tankersley’s question, even though the president’s anti-oil policies have already inflicted disastrous economic outcomes on the U.S. “Well, because they have to get to their work. They have to get in an automobile, turn on the key, get their kids to school. The school buses have to run. That’s the reason why. You know that Jim,” said Biden.

In rare form, Biden told Tankersley that “[t]he idea that we can — there’s an alternative to walk away from being able to get in your automobile, is just not realistic. It’s not going to happen.” But Biden’s words point to the hypocrisy of other policies pushed by his administration. His administration is reportedly behind a push “to Phase Out Gas Cars” by tightening emission regulations.

GasBuddy Head of Petroleum Analysis Patrick De Haan argued in April that Biden’s energy plan was contributing to rising gas prices. The Wall Street Journal editorial board also said that “U.S. producers have also been slower to revive output as the administration is threatening the oil and gas industry with a panoply of taxes and regulation.”

Canary CEO Dan Eberhart wrote in an August op-ed for Forbes that Biden was “actively curbing U.S. [oil and gas] production through his dedication to rebuilding the regulatory state that former President Trump tried to dismantle. ” He continued: “If Biden wants to blame someone for the 40 percent increase in retail gasoline prices — which are now at seven-year highs — he need only to look in the mirror. His anti-oil agenda spooked investors wary of increasing investment in the domestic oil sector because of the White House’s aggressive regulatory agenda.”

Conservatives are under attack. Contact The New York Times at 800-698-4637 and hold it to account for Tankersley not pressing Biden on how his policies were already contributing to the increasing gas prices.