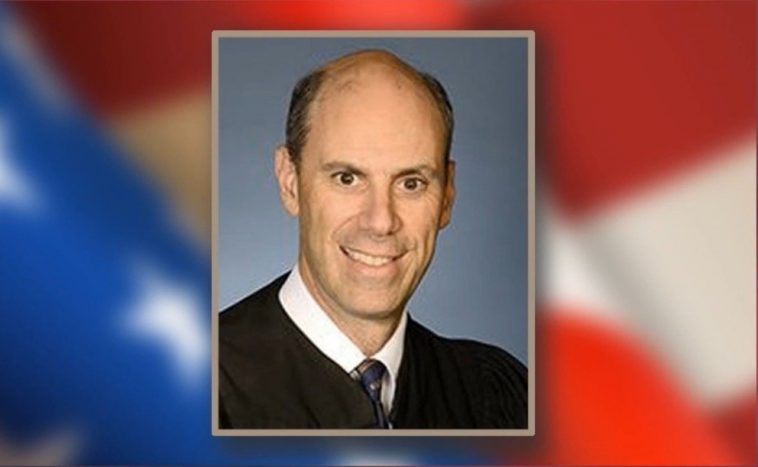 Taylor Budowich, Trump’s Comms Director for the Save America PAC was one of five of Trump’s allies to receive a subpoena by the January 6 Committee in November.

Of course he’s a target.

The J-6 panel asked Budowich for testimony and subpoenaed his financial records from J.P. Morgan.

The illegitimate J-6 Committee obtained the financial documents from J.P. Morgan last month and Budowich responded by filing a lawsuit.

Judge James Boasberg, an Obama-appointee ruled against Budowich on Thursday.

A federal judge rejected an effort by Donald Trump spokesperson Taylor Budowich to force the Jan. 6 select committee to return his financial records, which were subpoenaed from J.P. Morgan.

The panel obtained the records last month, just as Budowich filed suit to block them. On Thursday Judge James Boasberg said there’s no legal authority to force the committee to return documents it already obtained.

But there’s more: Boasberg’s ruling is the first substantive decision in any of the numerous lawsuits filed by Trump allies against the Jan. 6 committee. In discussing his decision, Boasberg underscored that the Supreme Court had effectively supported the Jan. 6 committee’s “legislative purpose” — its effort to produce policy recommendations in response to the Jan. 6 attack on the Capitol — despite numerous challenges by Trump allies, who have claimed the committee is acting improperly.

The judge also said he was inclined to reject claims by Budowich — echoed by many other Trump allies — that the committee was improperly structured because it includes no appointees from Minority Leader Kevin McCarthy. The House has broad latitude to interpret its own rules, Boasberg noted, and although he considers it a “harder” question, he said he would be inclined to favor Speaker Pelosi’s ability to interpret the House’s rules.

Budowich said in a statement: “As I have said since day one, the challenge I have brought forward is not merely about me or my personal bank records —besides a tendency to impulse buy on Instagram, there is little of interest to be found. Instead, it’s to answer the important question: are there any limitations preventing a partisan Congress from infringing on the rights and privacies of American citizens?”