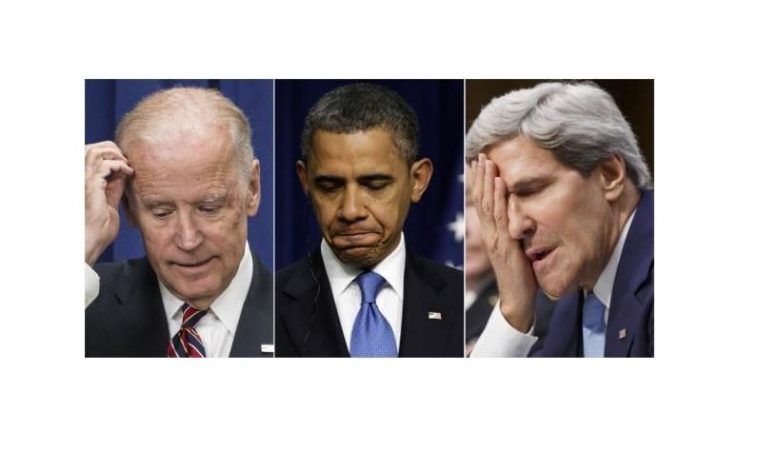 Kerry was appointed as “US climate envoy” because his task is to remove the obstacles for Iranian access to the Global Financial Systems which can only be done by destroying the centrality of the US Dollar.  The Greenhouse Gas Emissions Deal Kerry signed with China and the Paris agreement can be understood in this context

…Obama did not go into this to stop Iran from going nuclear. He did it to turn Iran into the axis of the Middle East…supporting Iran is his way of blocking the power of his successors in the White House to pursue a more pro-American foreign policy.

Obama made this deal to cripple American power in the Middle East.

Iran get to keep its nuclear facilities, its reactors, including the hidden underground fortified Fordow facility which Obama had repeatedly stated was, “inconsistent with a peaceful program.”

The deal gives Iran a “peaceful” nuclear program with an equally peaceful ballistic missile program. It puts into place a complicated inspection regime that can be blocked by Iran and its backers. It turns Iran into the new North Korea and the new Saddam Hussein, lavishing money on it while running future administrations through a cat and mouse game of proving violations by the terrorist regime.

And Obama made sure the Iran deal was written to make the proof as hard to obtain as possible.

That hasn’t stopped Obama from lying and claiming that “Inspectors will have 24/7 access to Iran’s nuclear facilities.” Meanwhile France’s Foreign Minister, somewhat more accurately put it, “The IAEA will be able to gain access to Iran’s military sites, if necessary, under certain conditions.”

Iran will be able to stall for almost a month, offer alternatives, and then put the matter down to a vote. It will do this as many times as it can to wear down the nerves and attention of investigators. The practical process is routed through a separate roadmap which references separate arrangements and leaves the consequences unstated. It’s a bureaucratic rabbit hole with nothing at the other end.

Bureaucrats will pore over maps and argue over timetables for inspections schedules while Iran goes nuclear right under their noses.

The centrifuges will go on spinning and Iran will receive aid in developing its “peaceful” nuclear program. Obama’s $140 billion sanctions relief will flow into Iran’s weapons programs as Ayatollah Khamenei has ordered that “at least 5% of the public budget” go to the military with a special emphasis on “missile technology” for the terrorist state.

One of the first items on Iran’s shopping list will be Russia’s S300 missile system to keep Israel or a future American administration from taking out Iran’s nuclear program. But Iran is also pursuing ICBMs that can strike at Europe and America. Obama’s decision to phase out the ballistic missile sanctions on Iran will make it easier for Iran to build weapons that can destroy major American cities.

And Iran’s new cash will empower it to fund terrorism in Israel, America and around the world.

Obama claims to “have stopped the spread of nuclear weapons” by allowing Iran to keep enhancing its nuclear program and rewarding it with ballistic missiles for its “peaceful” intentions. He claims to have negotiated “from a position of strength and principle” when in fact he surrendered to the Iranians on position after position. Tehran negotiated from strength and principle. Obama sold out America…

Obama and Kerry have not made this deal as representatives of the United States, but as representatives of a toxic ideology that views America as the cause of all that is wrong in the world. This is not an agreement that strengthens us and keeps us safe, but an agreement that weakens us and endangers us negotiated by men who believe that a strong Iran is better than a strong America.

Their ideology is that of the screaming anti-war protester denouncing American forces and foreign policy anywhere and everywhere, whose worldview has changed little since crying, “Ho! Ho! Ho Chi Minh. NLF is going to win” in the streets. The only difference is that he now wears an expensive suit…”

Although Obama tried to lift sanctions on Iran, many are still in place due to the centrality of the US dollar in the Global Financial System. On November 10, 2021 David Rosenberg reported in Haaretz:

A report by Kevjn Lim of the business-intelligence firm IHS Markit on Iran-China relations, published by Tel Aviv University’s Institute for National Security Studies, estimates that in 2019 China took half of Iranian oil exports directly, and probably even more via third countries. Yet China is buying Iranian oil at huge discounts, since the Iranians are so desperate to sell it…

…Even after sanctions were lifted following the 2015 nuclear agreement, Chinese companies were having trouble doing business in Iran. One reason is because Tehran has yet to sign the Financial Action Task Force (FATF) conventions on money laundering and terror finance, which effectively blocks doing business in dollars or using U.S. clearinghouses. Unless Iran does so, Chinese banks can’t provide the finance and transaction services needed for long-term business agreements.”

Kerry was appointed as “US climate envoy” because his task is to remove the obstacles for Iranian access to the Global Financial Systems which can only be done by destroying the centrality of the US Dollar. The Greenhouse Gas Emissions Deal Kerry signed with China and the Paris agreement can be understood in this context.

“President Biden on Monday apologized for the Trump administration’s decision to withdraw the U.S. from the Paris climate accord, saying doing so set the world back in the fight against climate change.

“I guess I shouldn’t apologize, but I do apologize for the fact the United States in the last administration pulled out of the Paris accords and put us sort of behind the eight ball a little bit,” Biden said during a session on “action and solidarity” at the United Nations climate conference in Glasgow.”

…the U.S. and China announced a plan to work together to reduce greenhouse gas emissions…The agreement also laid out a goal for the U.S. to have “100% carbon pollution-free electricity by 2035” while China will “phase down coal consumption during the 15th Five Year Plan and make best efforts to accelerate this work.” Following the announcement, the Washington Post reported John Kerry, President Joe Biden’s special envoy for climate issues, said the deal is “a step we can build on in order to help close the gap.”

In the Greenhouse Gas Emmissions Deal Kerry signed with China the US gives a lot, while China’s commitment is almost null “…the U.S. to have “100% carbon pollution-free electricity by 2035” while China will “phase down coal consumption…”.

The reason why Kerry was appointed “US climate envoy” (and not Secretary of State) is because he has the important task to find a way to undermine American ability to impose sanctions on foreign countries to limit America influence abroad (to preserve the, for example, the nuclear deal with Iran).

Biden/Obama desperately need to undermine America and the dollar’s centrality to the global economic system and so they realized that pushing the US to sign the Paris Climate Agreement could be used as a cover to sabotage American economic power. 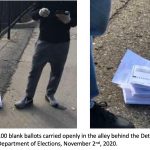 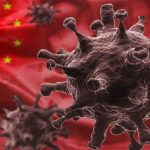