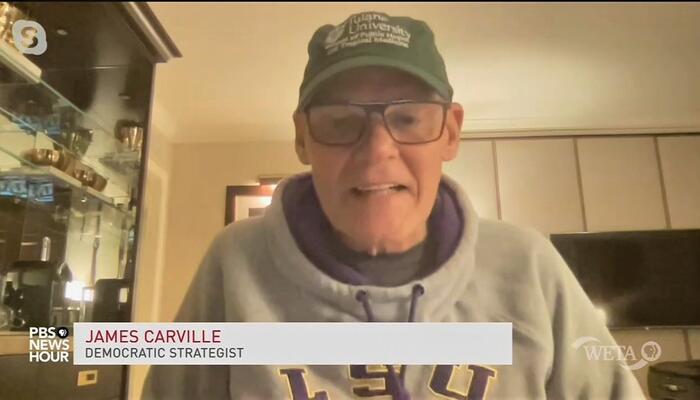 The Republican gubernatorial victory in Virginia is prompting hardcore Democrats to rethink their political strategy. Diehard lib and frequent MSNBC contributor James Carville rebuked the radicals in his party for the loss, saying that “stupid wokeness” is to blame. Considering Governor-elect Glenn Youngkin’s victory can be chalked up to fighting progressive indoctrination in public schools, Carville’s got a clue.

The Democratic strategist voiced his frustrations with former VA governor and 2021 gubernatorial candidate Terry McAuliffe’s loss to Youngkin on the PBS Newshour. Host Judy Woodruff asked Carville why he thought the loss happened and he didn’t mince words.

“What went wrong is just stupid wokeness,” Carville declared emphatically. And the extreme progressive ideology isn’t just limited to the race in Virginia or New Jersey, he said, it has infected Dem political strategies across the nation: “Don’t just look at Virginia and New Jersey. Look at Long Island, look at Buffalo, look at Minneapolis, even look at Seattle, Wash. I mean, this ‘defund the police’ lunacy, this take Abraham Lincoln’s name off of schools.”

Just a couple weeks ago, New York City politicians voted to remove a statue of our second most famous historical figure and founding father Thomas Jefferson from the New York City Council chambers, for example. This is the kind of stuff that scares Carville.

The commentator wasn’t done. “It’s just really — has a suppressive effect all across the country on Democrats,” he explained.

That’s an understatement. What on earth was McAuliffe thinking when he told parents that “I don’t think parents should be telling schools what they should teach”?

Yeah, American parents, your children are wards of the state education system, where they will be forced to learn about critical race theory and be indoctrinated in the lies that gender and sex can be anything their heart desires – well unless it’s heterosexual and in the confines of good, God-ordained marriage. There’s NOTHING you can do about it.

Yeah, how did McAuliffe not win on that? 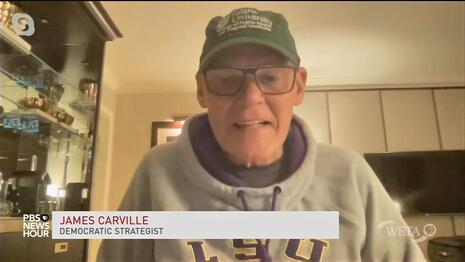 Carville then rhetorically slapped the people in his party even harder, saying they need to “go to a ‘woke’ detox center or something. They’re expressing a language that people just don’t use, and there’s backlash and a frustration at that.”

He also pointed out smart thinking behind the Youngkin strategy, which was to basically avoid the political tit for tat between candidates and let Democrats “pull the pin and watch the grenade go off.”

Yep, McAuliffe seemed to carry himself to defeat almost all on his own.

Carville then concluded his thoughts on the issue, saying, “Wokeness is a problem and everyone knows it. It’s hard to talk to anybody today — and I talk to lots of people in the Democratic Party — who doesn’t say this. But they don’t want to say it out loud.”

Psst, James, could you keep it down?