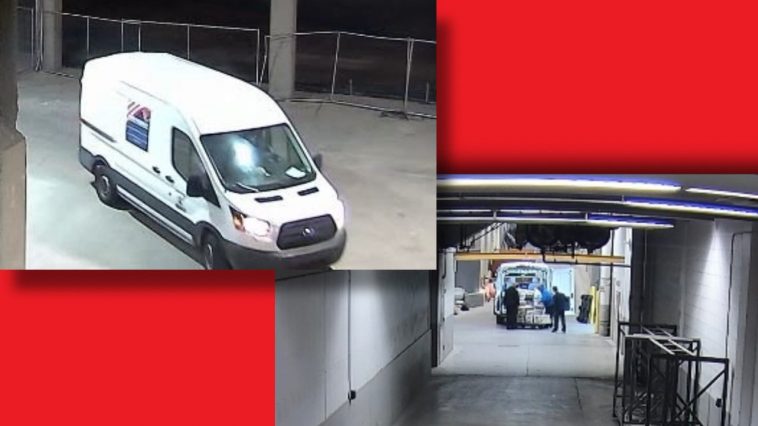 On Wednesday morning, November 3rd President Trump was ahead of Joe Biden in the swing state of Michigan by over 100,000 votes.

This appeared to be another solid win for President Trump in a swing state he won in 2016. The ballot counting in Detroit, Michigan on election night took place at the TCF Center, formerly known as Cobo Hall.

Then late at night, a string of suspicious events changed the momentum for the Trump Team. GOP observers later testified that at 3:30 AM in the morning vehicles drove into the TCF Center and delivered fraudulent ballots for Joe Biden.

Around the same time Joe Biden saw a huge spike in votes to zero for President Trump — which is impossible.

The Gateway Pundit reported on this on Wednesday morning November 4th after the incident.

And we were right.

Also back in November, the Washington Post attempted to debunk the accusations saying it was  a man with a wagon who was filmed entering the TCF Center at 2:40 AM belonged to a local photographer.

Politifact’s Clara Hendrickson ‘debunked’ one wagon with cameras in the front of TCF. She then used that to ignore the numerous reports of a white van delivering ballots in the cargo area of TCF, which is what every serious witness was saying.

Clara Hendrickson also wrote a piece for the Detroit Free Press where she used one city official Chris Thomas with skin in the game to allege our reporting was not accurate.

So in early February The Gateway Pundit published video of a white van dropping off ballots late at night inside the TCF Center.

Following our report on Friday Clara Hendrickson from Politifact — without a hint of shame — admitted the ballots were brought into the TCF Center after all.

Then she moved the goalposts to say this did not prove election fraud at the TCF Center in Detroit.

This is how the far left operates. They just move the goalposts whenever they are caught.

This is why you can NEVER trust the fake news media or their garbage fact-checkers.

We reported on the fraud on November 4th.  We proved it with video in January.  Republicans in the state have NEVER investigated this or other crimes despite hundreds of sworn affidavits.