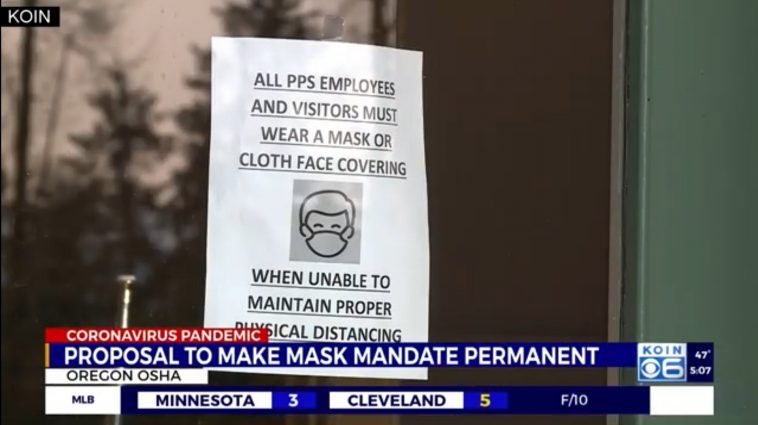 Oregon is one of just six states that still have an indoor mask mandate, and now the Democrat stronghold is working to make that rule stick around  a while.

On Thursday, the Oregon Health Authority (OHA) confirmed that its rules advisory committee “met to begin the process of drafting a permanent set of rules for the state’s indoor mask mandate requirement.”

The proposed rules will be in effect until the pandemic recedes.

According to local outlet KGW8, despite ending the state’s outdoor mask mandate last week, the totalitarian OHA is attempting to solidify the mask requirement indoors before the temporary emergency measure expires in February. If the permanent change is made, the department would no longer need to meet every 180 days to extend the mandate.  They will be able to end the mandates when the pandemic recedes.

A copy of the permanent masking proposal was passed on to “industry stakeholders” – such as representatives of the Oregon Restaurant and Lodging Association – for a chance to review. Unsurprisingly, the feedback was mixed at best, but mostly negative, with one member questioning how it would even be possible to enforce because getting people to comply with the mandates has only gotten harder.

“The current indoor mask mandate is a temporary rule and is set to expire in February, so Oregon health leaders want to be able to switch to a permanent rule before then. The permanent rule can still be ended once the COVID-19 pandemic recedes to a safe level, but it can remain in place indefinitely in the meantime and won’t expire prematurely while case numbers are still dangerously high.

Some of the industry representatives on the call expressed concern about businesses’ ability to continue to enforce the mask mandate for their customers, particularly now that many other states have relaxed their mandates.

‘Getting people to comply is getting harder,’ said Paloma Sparks from the Oregon Business & Industry association.”

The OHA has not moved to make this rule official as of yet – they are still working out the details – but it is a clear signal that the implementation of mandatory forever masks is right on the precipice.

Proponents of the forever masks claim that there is nothing to worry about because the permanent rule “can be repealed.”

This is just the latest example of the public-health bureaucracy dutifully moving the goalposts throughout the pandemic, but the veil continues to fall despite their best efforts.

Remember 15 days to slow the spread? Well, we are on day 629. Since the very beginning, the public health “experts” have been using this manufactured pandemic to strip individual liberty and fraudulently acquire unprecedented power for the radical left. 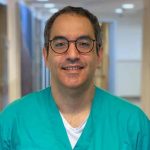 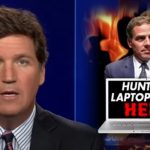