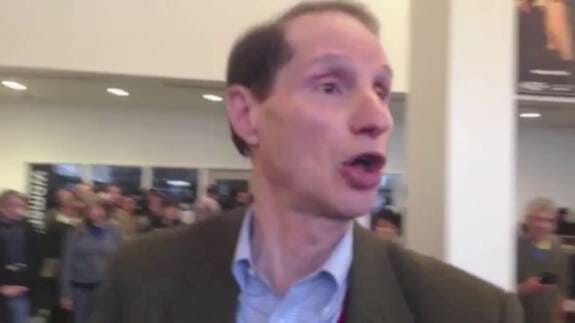 But his son isn’t happy with it.

A disagreement over taxes between Senate Finance Committee Chairman Ron Wyden (D-Ore.) and his son Adam Wyden has become increasingly public in recent weeks as Democrats seek to enact a social spending package that is paid for in part by tax increases on high earners.

Ron Wyden, 72, is a leading proponent of raising taxes on the rich, and he’s been pushing to add to the social spending package his proposal to tax billionaires’ unrealized capital gains annually. Adam Wyden, a 37-year-old, Florida-based hedge fund owner, has criticized his father’s efforts to raise taxes on the rich on social media and in media interviews.

The tax would allegedly hit around 700 people and would force those with over $1 billion in assets to pay a capital gains tax each year.

The Senate’s top tax writer unveiled plans to create a special new tax on the uber wealthy that he hopes Democrats will use to help pay for their next big spending package.

Finance Chair Ron Wyden (D-Ore.) wants to begin requiring people with more than $1 billion in assets, or who earn more than $100 million in three consecutive years, to begin paying capital gains taxes each year on the appreciation in value of their assets, regardless of whether they are sold.

Wyden figures it would hit around 700 people, and expects it to generate several hundred billion dollars, though Congress’s official scorekeepers have not yet put a number on the plan.

Whether or not the world’s wealthiest man pays any taxes at all shouldn’t depend on the results of a Twitter poll. It’s time for the Billionaires Income Tax. https://t.co/KFHw3VZ45H

His son responded to the tweet blasting his father.

Adam Wyden asked about his father “Why does he hate us / the American dream so much?”

In a second tweet, he attacked his dad again referring to his “dad and his cronies.”

Thankfully, I think I can compound faster than my dad and his cronies can confiscate it…$par$rick$apg$gfl$plby$cdon

For the antidote to media bias, check out ProTrumpNews.com