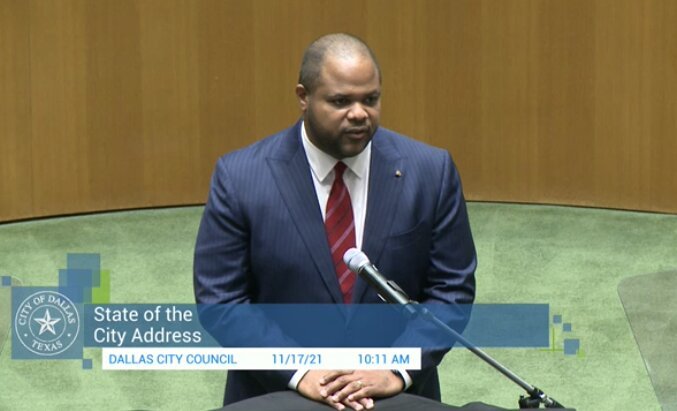 Even Democrats are now calling out the Democrat party for its racism.

Dallas Mayor Eric Johnson says racism within the Democrat party is an “800 lb gorilla in the room.”

I’m confused and a little disturbed by the reasoning here. Campaigns are precisely for the purpose of selecting the BEST candidate. It seems my friend is saying that Democratic primary voters are incapable of nominating women and minorities if there is a white man on the ballot? https://t.co/9yiTJLFURw

“If this is in fact the case then shame on the Democratic primary voters who are incapable of voting for women and minority candidates if presented with a white male alternative. But for white male candidates to stop running as Democrats to “give us a chance” feels wrong to me.

The problem is NOT white men running for office. The problem is the 800 lb gorilla in the room, which is the racism within the Democratic Party that many pretend doesn’t exist. So the solution isn’t folks like Dowd “yielding” to candidates of color. It’s addressing the racism.”

He also cited an article from The Texas Tribune wondering why most of the top statewide candidates for Democrats were white.

The article also points out that on the GOP side there are multiple minority candidates.

For decades, Texas Democrats have banked on the growth of voters of color, particularly Black and Latino voters, as the key to their eventual success in a state long dominated by Republicans.

But with less than a month left for candidates to file for statewide office in the 2022 elections, some in the party worry Democrats could see their appeal with those constituencies threatened by a Republican Party that is rapidly diversifying its own candidate pool.

By contrast, the Democrats’ most formidable candidates are white — Beto O’Rourke, who is running for governor, and Mike Collier, Matthew Dowd and Michelle Beckley, who are running for lieutenant governor.