Over 3,000 Americans have applied to join the Ukrainian military and help fight against Russia.

A defense official at the Ukrainian embassy in Washington, D.C., told the Military Times that several hundred have already arrived.

Ukraine President Volodymyr Zelenskyy created “The International Legion of Territorial Defense of Ukraine” on Sunday for foreign volunteers willing to help them in battle.

Over 16,000 people from all over the world are heading to the war-torn nation.

President Zelensky this morning said foreign fighters have begun to arrive in Ukraine to help battle the Russians. “Ukraine is already greeting foreign volunteers. (The) first 16,000 are already on their way to protect freedom and life for us, and for all,” he said.

“One Reddit page for those volunteering to fight for Ukraine has more than 32,000 members according to the site, -” the report explains. “While the forums do have people claiming to be combat veterans, many seem to be young people who have never seen combat or even picked up a gun, heading to Ukraine in search of adventure in the name of a good cause.”

“If you are determined to go, be professional, responsible, and realistic in your expectations,” Frumentarius continued. “Follow the Ukrainian government’s advice about how to officially register, and do not go there telling them where and how you want to participate in the fighting.

“They will place you in whatever capacity they need you, and wherever they need you most. You are not Rambo, there to single-handedly slay Russians and post your selfies. You will be part of a military machine that is under extreme stress, and you need to seamlessly integrate into that system to be an effective part of it.” 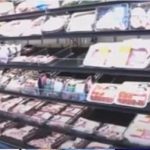 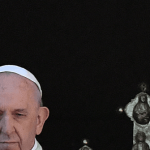