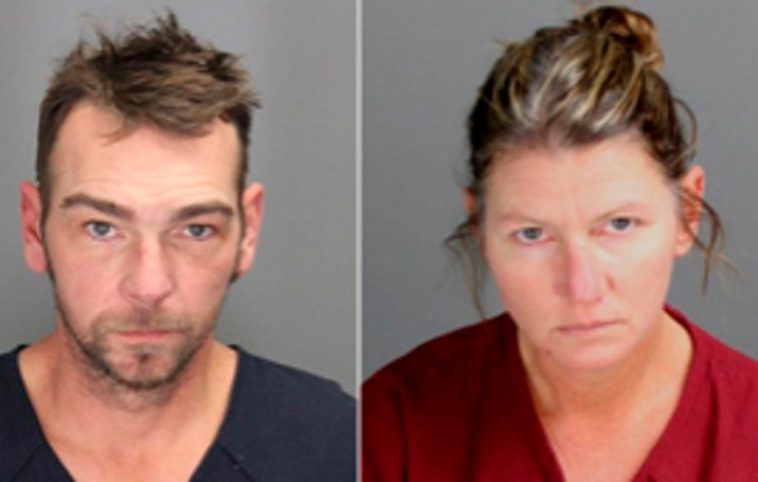 The parents, James and Jennifer Crumbley, were found in a warehouse in Detroit after an hours-long manhunt by law enforcement.

Detroit Police Chief James White said that someone let them into the warehouse and may face charges for aiding them.

CNN obtains the only video of fugitive parents James and Jennifer Crumbley being arrested at their hideout. pic.twitter.com/RUMref7B8q

Prosecutor Karen McDonald has filed four charges of involuntary manslaughter against the couple and an Oakland County judge set bond at $500,000 each.

“The action of fleeing and ignoring their attorney certainly adds weight to the charges,” Oakland County Sheriff Michael Bouchard said in a release. “They cannot run from their part in this tragedy.”

Lawyers for the parents claimed that they were planning to turn themselves in on Saturday morning, despite the fact that they were due to be arraigned Friday at 4 p.m. They also denied prosecutors’ claims that their son had unrestricted access to the gun that they had purchased for him.

The couple had also withdrawn $4,000 from an ATM after the charges were announced.

The parents had been called in to the school just hours before the massacre to discuss an alarming drawing that Ethan had done of himself shooting another person.

“The day of the shooting, a teacher found a note on Ethan Crumbley’s desk that alarmed her so much she took a picture of it on her phone, McDonald said. The note included a drawing of a semiautomatic handgun pointing at the words, ‘The thoughts won’t stop. Help me,’ she said,” according to a report from CNN. “Another section was a drawing of a bullet with the words ‘Blood Everywhere’ written above it. Between the drawing of the gun and the bullet is one of a person who seems to have been shot twice and is bleeding, McDonald said.”

“Below that figure is a drawing of a laughing emoji,” McDonald said.

Following the meeting, the parents reportedly refused to remove their child from the school, so he remained in the building. He emerged from the bathroom with a loaded weapon and began shooting other people’s children just two hours later.

McDonald said that the parents “failed to ask their son if he had his gun with him or where his gun was located and failed to inspect his backpack for the presence of the gun, which he had with him.”

On Monday, a teacher also caught him looking at ammunition sales online during class. After the school contacted the parents, the mother texted Ethan saying “lol, I’m not mad at you, you have to learn not to get caught.”

The teen’s father had purchased the 9mm Sig Sauer SP 2022 gun that was used four days before the shooting. His mother had posted bragging about the weapon on social media, calling it her son’s “new Christmas present.”

Ethan Crumbley was charged as an adult with terrorism, murder and other counts in the shooting, which killed the four students and injured seven others.