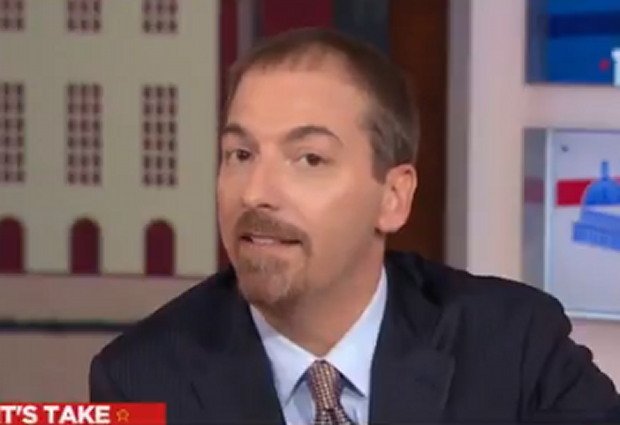 According to the liberal media, nothing is Joe Biden’s fault. Ever.

Is there anything the media can’t blame on Trump?

As we’ve noted before, the writing has been on the wall for D.C. Democrats for quite some time now as Joe Biden’s poll numbers continue to tank, Kamala Harris’s woes get worse, and the Democrat infighting on Capitol Hill rages on with no end in sight.

Voter concerns are sitting squarely on uncertainties about the U.S. economy on issues like worsening inflation, the continued supply chain crisis, and the gloomy jobs outlook.

But you wouldn’t know that by listening to “Meet the Press” host Chuck Todd who for the umpteenth week is still searching for ways to blame anything and anyone else but Joe Biden for the problems brought on by Joe Biden.

This is what Todd said:

“Kimberly, it seems as if there’s nothing the White House can do to improve their political standing these days. It does feel like every week there’s another poll and it’s a new bottom, it’s a new this. And some of it is out of their control. Mark Murray and I were having a discussion. His two big promises were to get Covid behind us and to get rid of Donald Trump. Covid’s not behind us and Donald Trump’s still lurking. It’s not his fault, but is that why we’re in this no-man’s land here for him?”

Biden’s low approval is Trump’s fault. @ChuckTodd frets: “Some of it is out of their control….His two big promises were to get COVID behind us and to get rid of Donald Trump. COVID’s not behind us and Trump’s still lurking. It’s not his fault.” #MTP pic.twitter.com/BPnVf8Ux3q

Biden is to blame for where things are now.