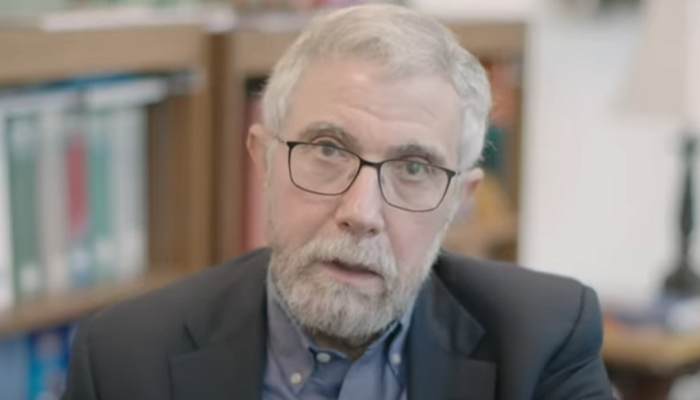 New York Times economist Paul Krugman is the last person who should be complaining about the disappearance of maturity in today’s politics. 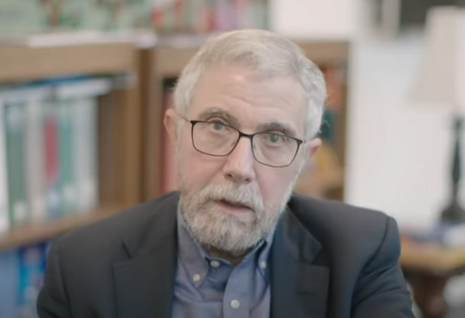 Krugman exploited the death of former Sen. Bob Dole (R-KS) to pontificate how “his life story also reminds us of a time when public figures were supposed to show some sense of responsibility — to possess basic decency, to admit to mistakes when they made them, even to put their lives on the line in time of war.” Krugman has some nerve lecturing about “basic decency.” He just recently spewed that American, white working-class voters “‘want their racial hostility served raw.’” Also, Krugman launched bile at U.S. Senate candidate for Ohio JD Vance and accused him of promoting “the need for more white Christians.” But that’s not all. In April 2020, Krugman bleated nonsense that there was a “a long, close association between right-wing activism and medical quackery.”  But Krugman had the audacity to say, “At this point there are no grown-ups left on one side of the political aisle,” in his Dec. 7 New York Times column, referring to conservatives. Perhaps he should look in the mirror. [Emphasis added.]

Krugman tweeted an insane article in 2020, from left-wing outlet Vox headlined, “A disturbing new study suggests Sean Hannity’s show helped spread the coronavirus.” He captioned it with a disgusting screed against the Fox News host: “Blood on his hands, or actually his mouth.” [Emphasis added.]

Blood on his hands, or actually his mouth https://t.co/agMHL5jY75

But Krugman hypocritically fussed in his article how being “an obvious crook, liar or coward” was no longer disqualifying in today’s politics. Krugman is the same person who peddled a conspiracy theory last year that former President Donald Trump coerced the Bureau of Labor Statistics (BLS) to fudge the numbers on explosive job growth that occurred in May 2020. In addition, Krugman recently twisted a statement by the United Mine Workers of America (UMWA) to suggest that the union gave its “endorsement” of President Joe Biden’s “Green New Deal.” That was blatantly false. UMWA President Cecil Roberts released a video statement later saying, “[We] certainly did not propose supporting the Green New Deal. The record is very clear about that. And anyone who wants to do some research would understand that.”

Also, Krugman just conceded that he got inflation “wrong” after spending months gaslighting the American people from focusing on how terrible the situation actually was. So would Krugman consider himself a “liar,” a “coward” or an “obvious crook”?

Krugman’s pretext for his entire complaint was — guess who — Trump, who apparently lives rent-free in Krugman’s brain. Krugman mentioned the name “Trump” six times throughout his piece.

Conservatives are under attack. Contact The New York Times at 1(800)698-4637 and demand it distance itself from Krugman’s nonsense.