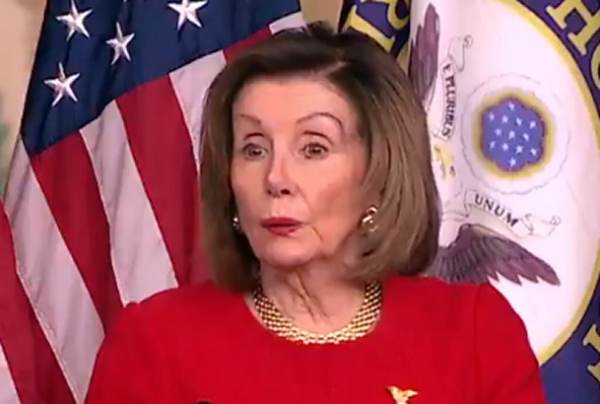 Remember when Pelosi agreed to a deal limiting her Speakership to a maximum of four years?

In 2018, Pelosi agreed to a deal with 7 Democrats who opposed her Speaker bid in order to garner their votes.

Pelosi was so desperate for votes from a caucus with such a slim majority that she promised she would never seek a leadership position again.

“For some time, there have been a number of conversations to advance a proposal to institute term limits for senior leadership positions in our Caucus. This proposal, which was developed by Members who care about the institution of the House of Representatives, would provide that Members in senior leadership positions can serve 3 terms with an additional term with two-thirds support of the Caucus,” Pelosi said in a statement in 2018. “It would include the two terms of the Democratic Majority from 2007 to 2011.”

According to CNN, Pelosi is running for reelection in 2022 and may try to stay in a leadership position.

Nancy Pelosi will be 82 years old next year.

(CNN)Speaker Nancy Pelosi will stay until at least after the midterm elections, extending her nearly 20-year run as the House’s top Democrat after she turns 82 and, perhaps, beyond.

She is planning to file and run for reelection in her San Francisco district next year — at least for now — in keeping with her pattern of deciding about staying in Congress after the elections, when she likely will have won an 18th full term.

And sources familiar with Pelosi’s thinking say she isn’t ruling out the possibility of trying to stay in leadership after 2022, despite her original vow to leave as the top House Democrat. She’ll devote much of next year to raising money for Democrats as they try to hold their narrow majority, those sources tell CNN, adding to the nearly $1 billion her office calculates she has already raised for Democrats in her time as leader.

So far, 19 House Democrats plan to retire next year.

Even CNN is admitting Pelosi and the Democrats are in trouble in 2022.

Look for Democrats to use the “Midterm Election Variant” to push for a national mail-in vote in November 2022. They can’t win if they can’t cheat.