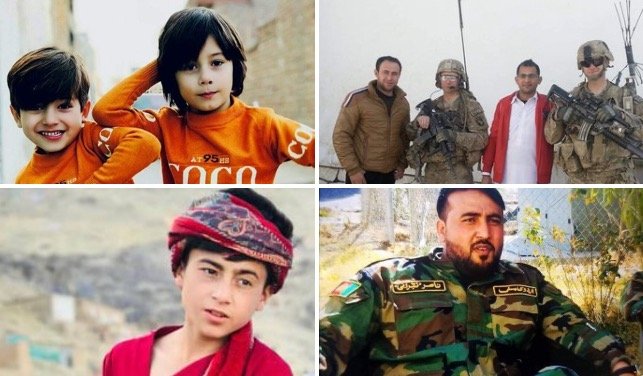 Biden killed an entire family just so he could look like he ‘fought back’ after a suicide bomber killed 13 US service members.

However, no disciplinary action will be taken against anyone involved in the drone strike.

“I found that given the information they had and the analysis that they did — I understand they reached the wrong conclusion, but … was it reasonable to conclude what they concluded based on what they had? It was not unreasonable. It just turned out to be incorrect,” Said said.

An independent Pentagon review has concluded that the U.S. drone strike that killed innocent Kabul civilians and children in the final days of the Afghanistan war was not caused by misconduct or negligence, and it doesn’t recommend any disciplinary action.

The review, done by Air Force Lt. Gen. Sami Said, found there were breakdowns in communication and in the process of identifying and confirming the target of the bombing. Said concluded that the mistaken strike happened despite prudent measures to prevent civilian deaths.

His review said the drone strike must be considered in the context of the moment, as U.S. forces under stress were being flooded by information about threats to troops and civilians at the Kabul airport, just days after a deadly suicide bombing. Thousands of Afghans were swarming the airport, trying to get out of the country following the Taliban takeover.

Recall, the New York Times obtained surveillance footage revealing the so-called “ISIS facilitator” that the US Military saw as an “imminent threat” was actually an aid worker returning to his family, according to the New York Times.

A New York Times reporter posted a series of security videos of (ISIS facilitator) Zemari Ahmadi, the man who was killed by Biden’s drone strike.

The surveillance footage shows Ahmadi was just carrying out his normal daily routine as an aid worker and the location of the “unknown ISIS compound” was actually an NGO’s office.