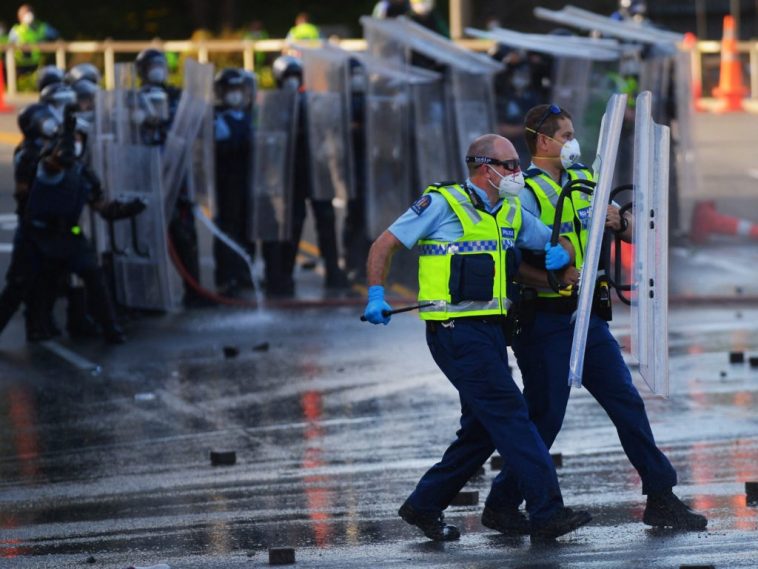 Several police officers were seen in eyewitness videos tearing down individual tents with their bare hands. New Zealand police ordered the “towing [of] vehicles” belonging to participants of the nearly month-long protest, the U.K.’s Guardian newspaper reported. Demonstrators — who have surrounded the parliament building since February 8 to protest New Zealand’s Chinese coronavirus vaccine mandate — resisted efforts to clear the rally resulting in clashes between protesters and security forces. Police arrested at least “87 people … as a result of the police operation and seven police officers have required hospital treatment,” according to the Dominion Post.

“Protesters were seen throwing pavement bricks, chairs, small explosive devices and other detritus at police, who pushed back with riot shields, water cannons and pepper spray. Some protesters have been in possession of various weapons,” the local newspaper detailed.

Fires were seen burning in the background of some eyewitness videos that captured the operation. New Zealand and U.K. media outlets suggested protesters lit their encampments on fire as police brigades closed in on the resistance hubs.

A small number of protesters linked to the parliament rally maintained a presence across Wellington on March 4, Stuff reported. 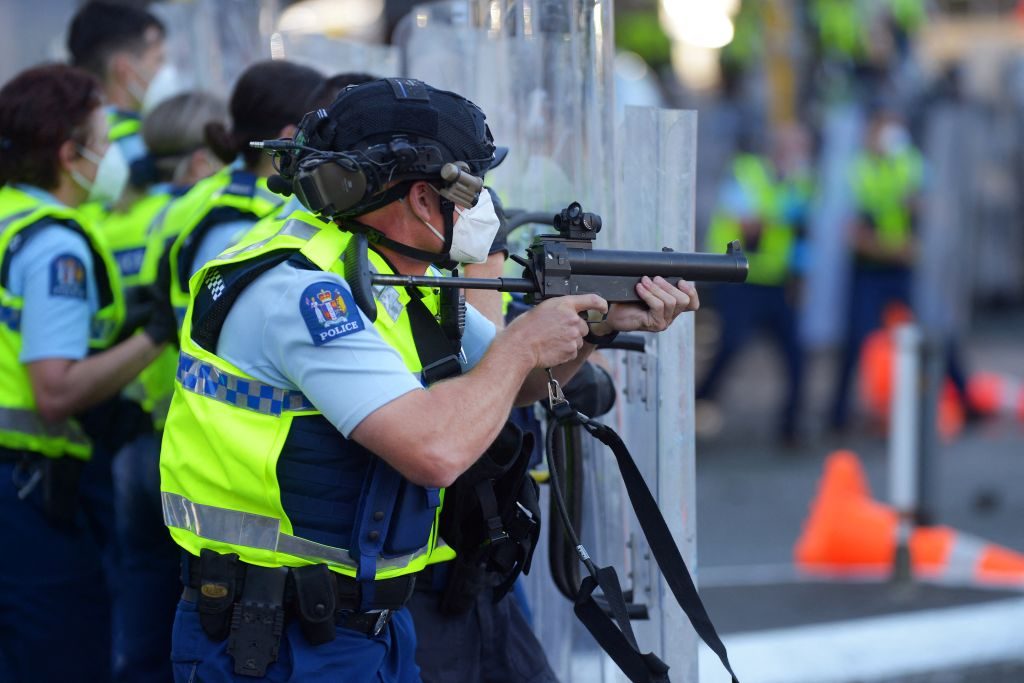 Police face off with protesters near the parliament as they move in to clear out a weeks-long demonstration against Covid-19 vaccine mandates and restrictions in Wellington on March 2, 2022. (DAVE LINTOTT/AFP via Getty Images)

“Protesters lingering after the disbanded Parliament occupation attempted to take shelter at Wainuiomata Marae last night, but were rejected by the local community,” according to the news site.

“After being moved on, they spent the night on private land near Wainuiomata, while some moved on to Remutaka Forest Park. Others were scattered around Wellington’s bays,” Stuff revealed.

The news outlet said it spotted a small group of about 20 vehicles “still at Mahanga Bay on the Miramar peninsula on Friday morning.”

Organizers of the anti-vaccine mandate protest outside New Zealand’s parliament building said they were inspired to start the rally in early February after witnessing a similar demonstration in Canada known as the “Freedom Convoy,” which lasted from about late January to mid-February. 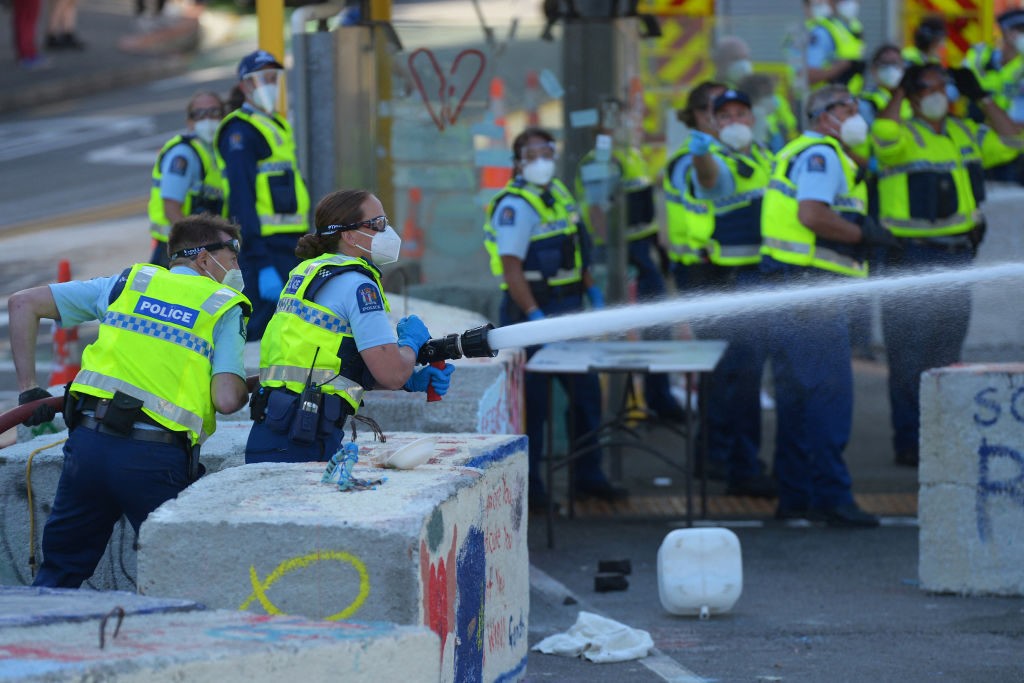 Police use jets of water as they move in to clear protesters near Parliament in Wellington on March 2, 2022, during demonstrations against Covid-19 vaccine mandates and restrictions. (DAVE LINTOTT/AFP via Getty Images) 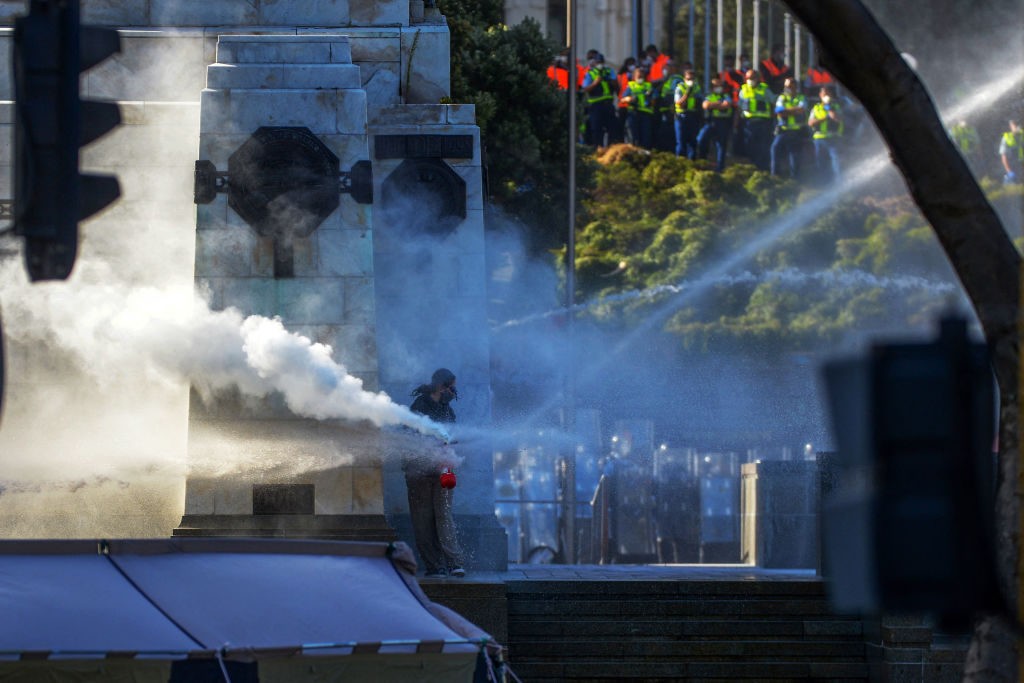 People face off with police near Parliament as police move in to clear protesters in Wellington on March 2, 2022, during demonstrations against Covid-19 vaccine mandates and restrictions. (DAVE LINTOTT/AFP via Getty Images)

The rally consisted of thousands of commercial truckers who intentionally blocked strategic sections of Canadian trade routes in an effort to draw global attention to the Canadian government’s Chinese coronavirus vaccine mandates and movement restrictions.

The Freedom Convoy argued the pandemic policies violated Canadians’ civil liberties, including the rights to medical and bodily autonomy. 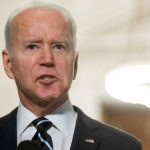 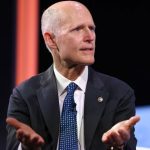