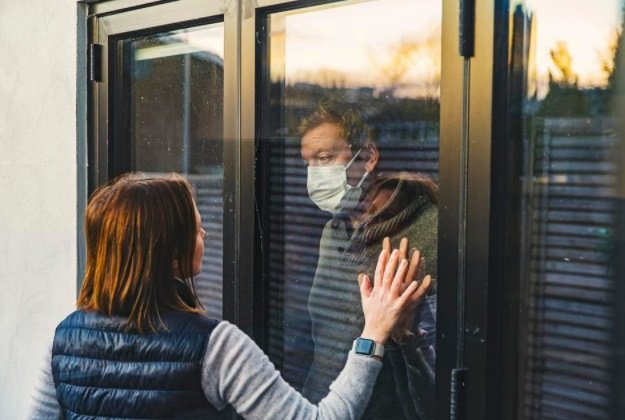 A majority of Democrat voters are proponents of allowing the United States government to institute more sweeping coronavirus mandates, including forcing  unvaccinated Americans to quarantine in their homes “at all times except for emergencies.”

Nearly half of Democrats, 45 percent, would like the government to involuntarily detain unvaccinated Americans and have “federal or state government require that citizens temporarily live in designated facilities or locations if they refuse to get a COVID-19 vaccine.” In contrast, 78 percent of Republicans and 64 percent of unaffiliated voters strongly oppose putting the unvaccinated in “designated facilities.” CHINA has built a quarantine camp for 4,000 people amid fears of another Covid outbreak.

More than a quarter of Democrats would like to see the government take children away from parents who don’t comply with compulsory Covid vaccination.

“Twenty-nine percent (29%) of Democratic voters would support temporarily removing parents’ custody of their children if parents refuse to take the COVID-19 vaccine. That’s much more than twice the level of support in the rest of the electorate – seven percent (7%) of Republicans and 11% of unaffiliated voters – for such a policy,” Rasmussen reports. Fifty-five percent of Democrats favor a proposal that would fine unvaccinated Americans.

The survey also reveals a plurality of Democrat support for contract tracing, a practice that has resulted in thousands in Sweden and Communist China implanting chips in their arm allowing the government to track vaccination status.

Beep boop beep: Your vaccination record has been verified 🤖 pic.twitter.com/dpAkSCudxf

“While about two-thirds (66%) of likely voters would be against governments using digital devices to track unvaccinated people to ensure that they are quarantined or socially distancing from others, 47% of Democrats favor a government tracking program for those who won’t get the COVID-19 vaccine,” the Rasmussen survey reveals. The more ardent support a Democrat has for Joe Biden, the more likely they are to support fascistic government Covid policy.

“Among voters who have a Very Favorable impression of Biden, 51% are in favor of government putting the unvaccinated in “designated facilities,” and 54% favor imposing fines or prison sentences on vaccine critics. By contrast, among voters who have a Very Unfavorable view of Biden, 95% are against “designated facilities” for the unvaccinated and 93% are against criminal punishment for vaccine critics.”