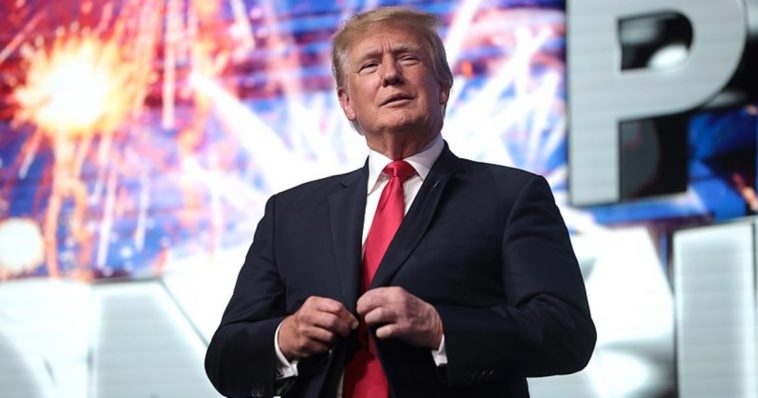 On the Anniversary of the Fraudulent 2020 Election, President Trump gave remarks to the American Patriots who know the truth.

President Trump made a special video appearance to thank the brave patriots in Arizona for all of their hard work, address the state of the Union, and endorse Kari Lake’s strong border, secure election, MAGA campaign for Governor of Arizona.

President Trump: I want to thank all of the great patriots in Arizona for the amazing job you did on the forensic audit report, finding all of the things you found, all of the fraud, all of the irregularities in the 2020 Presidential Election. It’s just incredible. And when they came out with the report, and for those people that studied that report, they couldn’t even believe how things went. It was a very sad day for our country. It was a sad election. So many things are taking place because of it that are so bad. You look at what’s going on with the border. Which by the way, Kari Lake who is running for governor, as you know, will straighten out. But you look at the border, you look at the economy, you look at inflation. You look at the withdrawal in Afghanistan, which was so pathetic, so bad, it was really not even a withdrawal. It was a surrender to people that didn’t even have weapons and giving $85 billion, losing 13 great soldiers, and many so badly injured. And hundreds of people were killed also during that so-called withdrawal. I think there’s never been a lower point in the history of our country. But the forensic report in Arizona and all the incredible work and the time you spent and the resources on getting to the bottom of it, and then just the other day another report was issued, which in many cases was even stronger. And it shows the kind of fraud and irregularities that took place. So I just want to thank all of you. That was just an incredible job. But it continues, and it will also continue in the form of a terrific Patriot, a terrific person, a person that I’ve given a complete and total endorsement to, and that’s Kari Lake. She’s running for governor. You have right now a governor who didn’t do the job. He doesn’t have a clue as far as I’m concerned. He wanted to go to every one of my rallies and he wanted to sit up front and he wanted me to introduce him and all of those things. And we had rallies like nobody’s ever seen before in Arizona. So we won Arizona by a lot. It was a fraudulent election. It was a rigged election. But I tell you what, Kari Lake is going to straighten things out. She’s respected. She’s really an incredible talent and she will win. She’ll win the nomination, she has my support. She’s going to win the nomination, and then she’s going to go on and easily beat, if it’s going to be Katie Hobbs, or whoever they choose. It wouldn’t matter. Katie Hobbs was terrible. And she was terrible for your state. All your state wanted in that respect was an honest, straight election. And she wasn’t willing to do that. And you know what? Kari Lake will do a job on everything, borders, and everything else. So I just want to thank you all. I want to pay my highest regards and respects to Kari Lake, and go get ’em Kari! thank you all!

Kari Lake has promised to fight for elections, secure our southern border with the wall, and fight back against the COVID tyranny and fake news jesters.

Before 2022, we need to fix 2020 and fortify the 2022 election with legislation and citizen action to prevent fraud.

All evidence of fraud in the 2020 election has now been presented to Arizona Attorney General Mark Brnovich, who needs to act immediately and defend our constitution.

Volunteers sacrificed their time, money, and even their reputations to take a closer look at the stolen election and it will all be for nothing if AG Brnovich doesnt act now, and do the right thing.