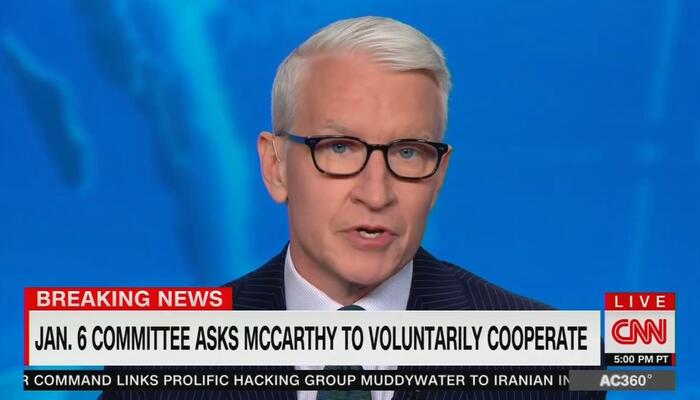 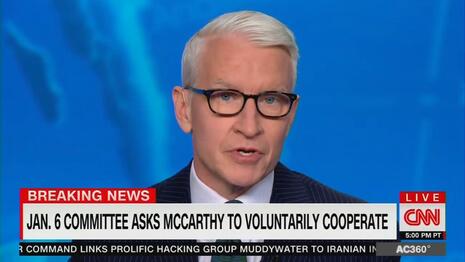 On Wednesday afternoon, the House Select Committee on January 6 requested cooperation from House Minority Leader Kevin McCarthy (R-CA). Naturally, CNN returned January 6 to its prime position as, from 3:00 p.m. to 12:00 a.m. Eastern, the Jeff Zucker-led network spent 97 minutes obsessing over what it (and other developments) meant for the probe.

In contrast to the 97 minutes and 19 seconds on January 6, the network spent 2.7 times less on the decrepit state of the U.S. economy following a report showing inflation jumped seven percent from last year. That number? Only 35 minutes and 34 seconds. Worse yet, 10 minutes and 53 seconds of that came from one show in The Lead With Jake Tapper.

The McCarthy request came during CNN Newsroom with Alisyn Camerota and Victor Blackwell, but in the six shows that aired afterwards, four chose to lead with the McCarthy request instead of something that directly affects all Americans, but especially the poor and isolated.

Speaking to Camerota, congressional correspondent Ryan Nobles boasted of “no doubt a significant development in the investigation into the January 6th insurrection” as McCarthy’s “a central player in all this.”

CNN political analyst and far-left charlatan Carl Bernstein told Tapper the next hour that McCarthy’s refusal to cooperate was part of “a cover-up by the leadership of the Republican party of a conspiracy to undermine the democratic system.”

There’s never been anything in our history in this country like it. You have to go back to the civil war to see a political party that was as seditious as we’re exhibiting now in the Republican Party, in the civil war. It was part of the Democratic Party, but never have we had a seditious president of the United States who sought to stage a coup.

And now that coup and the cover-up of it has been embraced by Leader McCarthy, by Leader McConnell. It is something unlike anything we’ve seen in this country before.

And it is not only a disgrace, but if you look at this letter, I read it now, it’s fascinating. They have the goods. This investigation has the goods. They know what McCarthy said to a large extent to Donald Trump on January 6th and McCarthy has lied about it since. So, we have a real conspiracy, a real cover up, real stonewalling in excess of anything we saw in Watergate.

We begin tonight with breaking news that is not only a major step in the January 6th investigation, but could also be a clear sign of where the House Select Committee is taking it. The Committee late today asking the House Minority Leader Kevin McCarthy to volunteer information about communications he had with the former President and the White House — former White House Chief of Staff, Mark Meadows on and around the day. Now, McCarthy as you know could have volumes to say about what the former President was saying and thinking as violent supporters assaulted the Capitol.

As you know, he would later go on to torpedo a bipartisan commission, tell members to boycott the current one and strip Committee member, Liz Cheney of her leadership post. As you also know, Congressman McCarthy has said plenty in the past, and then slunk away from it.

So that was Kevin McCarthy of January 13th talking about the man who sicced the mob on him, his members, his staff and his workplace, a man who then refused to call them off and here is Kevin McCarthy, just two weeks later, posing and grinning with the man who might have gotten him killed. 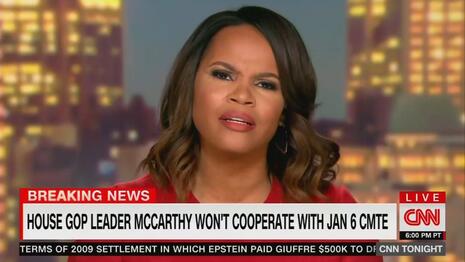 Showing his elitism and detachment from what actually matters in the world, Cooper’s show never touched the inflation report, unemployment, wages, or the economy writ large.

CNN Tonight would join him in the next hour as legal analyst Laura Coates — who’s serving as host this week — chose to melt down about how Republicans are the part that engages in “double standards” and living lives of rules being “for three and not for me” instead of the economy.

That came as part of 21 minutes and seven seconds of coverage on January 6 which, in addition to having been the most time any show devoted to it on Wednesday, was in stark contrast to the four minutes and 45 second he spent on the economy and “the pain so many Americans are feeling right now.”

If you may recall, Lemon celebrated a five-percent drop in the price of gas last month as proof of a recovering economy. 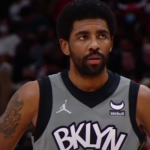 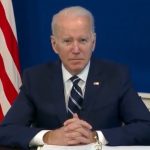