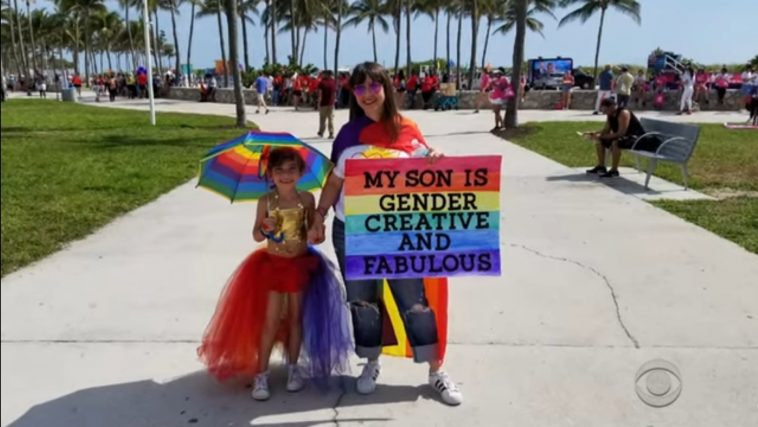 A recent study about the rising influence of Millennials has revealed that almost 1/3 of the nearly 70 million adults that make up America’s most populous generation now identify as LGBTQ. The unprecedented number of people who are identifying this way is a terrifying signal of the group’s ever-growing propensity to be influenced by the Left’s Marxist propaganda.

The paper’s author, George Bana, told Newsweek that the sharp uptick can be directly attributed to “social and news media coverage” that has turned becoming LGBTQ into the new “safe and cool” trend.

“It’s a subset of a larger issue, that this is a generation where three out of four are searching for this meaning this is a group that doesn’t have a reason to get out of bed in the morning. Therefore, the LGBTQ identity gives them comfort.

A lot of this generation claim to be moving in that direction, but there’s a big difference between claiming the identity and living the lifestyle.”

The 60-plus page research paper – “New insights into the generation of growing influence” – was conducted by the Cultural Research Center at Arizona Christian University, with the help of a non-profit Constitutionalist group, called “Foundations of Freedom.”

The study found that over 30% of Millennials, and a shocking 39% of ‘young Millennials’ (aged 18-24), now identify as LGBTQ. People in this age group were also found to overwhelmingly say that they “lack meaning and purpose in life” – (75%).

Millennials currently represent almost 4 out of every 10 working-age Americans, and they are also the predominant parenting-age group in the US — 33% are parents already.

In other words, in just 3 short years, there has been a 3.5X increase in young adults who claim this identity – in less than a decade, it is an astronomical 5X increase.

The rapid pace at which young people are buying into the Left’s radical ideology begins to border on crisis territory once you take some of the study’s other key findings into account. Researchers also showed an unsettling rise in mental health issues and a thorough lack of understanding when it comes to important religious and spiritual questions.

Some of the other key findings include:

What’s inexcusable is that Millennials are considered to be the “most certified educated” generation in American history, with more having attended college than ever before, and more who have completed a four-year degree.

Somehow they are also increasingly the most confused, depressed, and rudderless generation of Americans. Perhaps that has something to do with their mass adoption of the liberal religion that is secular wokeism. Instead of acknowledging absolute moral truths and scientific facts that contradict their happiness, they adopt their own version of reality.

And when you commit to the ideology, this is what you are left with — perpetual teenagers with no direction other than their base desires.

The number of younger Americans who are leaving faith and religion in favor of progressivism and ‘living your truth’ has never been so high. Researchers noted that the “faith gap” (number of respondents who say they believe in God) between Millennials and the two previous generations is the widest intergenerational difference since the start of recording these numbers – over 70 years ago.

“For some time, Americans have been turning their back on the notion that absolute moral truths exist.

Millennials are leading the charge.

While Millennials appear to have a positive reaction to Jesus Christ and even the Bible, their behavior highlights the relatively minimal effort they put into knowing, loving, and serving Christ through biblical principles.”

Young Americans are clearly searching for answers that the progressive ideology cannot provide for them.