The Sheriff of Racine County Wisconsin has filed charges against five members of Wisconsin’s election commission.  These are the first material charges filed country-wide related to the massive 2020 Election fraud.

Massive fraud occurred across the country in the 2020 election.  Wisconsin was in the middle of it.

On November 4, 2021, Sheriff Schmaling recommended charges against five members of the Wisconsin Election Commission (WEC).  Yesterday it was reported that the charges have been filed.

The sheriff of Racine County has announced that they are filing criminal charges against five of the six members of the Wisconsin Election Commission (WEC).

In a release issued on their Facebook page, Sheriff Schmaling said that the charges have been referred to the Racine County District Attorney, Patricia Hanson.

The Sheriff’s Office has called on state attorney general Josh Kaul to launch an investigation into what they called illegal directives issued by the WEC, most specifically, the directive to not use the Special Voting Deputy process as required by state statute 6.875.

“Based upon the failure of Attorney General Josh Kaul to initiate a statewide investigation, I have forwarded charging recommendations to the Racine County District Attorney’s Office for their review. The recommended charges are for Commissioners Margaret Bostelmann, Julie Glancey, Ann Jacobs, Dean Knudson, and Mark Thomsen.”

The recommended charges are the same for each commissioner, and include:

These are the first charges of their kind in the country related to the massive 2020 Election steal.  The DOJ and FBI chose to allow all the crimes that occurred and have done nothing to date.  It’s now up to the local communities and the states to bring justice back to our country.  Our gratitude and admiration for the courageous Sheriff in Racine who seeks justice. 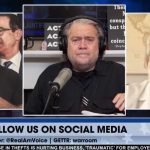 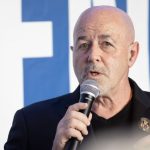