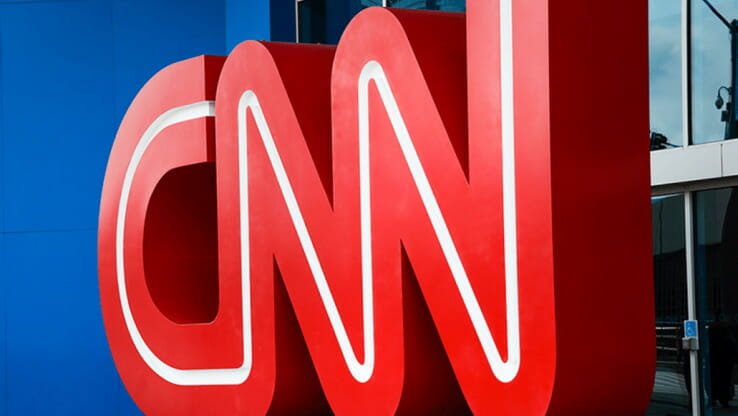 CNN is absolutely lost without Trump. He was the best thing that ever happened to them and they couldn’t wait to get rid of him.

In the entire month of October, the network broke a million viewers on only one night, the night of their town hall with Biden, but even that night they came in third.

Their numbers are downright embarrassing.

The only thing spookier than Halloween for CNN is the network’s freefalling viewership.

During the month of October, nearly every single program failed to average 1 million viewers, according to Nielsen data. This marks historic lows for the so-called “most trusted name in news.”

The only two exceptions during the 31 days were the 90-minute Biden town hall, which still came in third place behind Fox News and MSNBC averaging only 1.2 million viewers, and the 30-minute “Cuomo Prime Time” that aired immediately after with 1.1 million.

CNN averaged a devastating 480,000 in total day viewership in October, a whopping 76% drop from January amid the chaotic transition from President Trump to President Biden. Fox News averaged 1.4 million and maintained its total day viewership from earlier this year while MSNBC averaged 657,000 viewers in October, resulting in a 61% drop from January. The network lost 14% of its viewers from September.

“Don Lemon Tonight” continues to be the biggest loser in primetime, averaging just 614,000 viewers while “The Ingraham Angle” pulled in an average of 2.2 million viewers in October while “The Last Word with Lawrence O’Donnell” closed the month with a 1.3 million viewer average in the 10 p.m. ET timeslot.

Why are they even bothering at this point?

The network’s total day viewership has dropped a whopping *76%* since January.

Here’s a breakdown of the averages from the three major cable news networks to illustrate how bad CNN’s month was:

The only two exceptions CNN had during Oct. were the 90-min Biden town hall, which still came in third place behind Fox News and MSNBC averaging only 1.2M viewers, and the 30-min “Cuomo Prime Time” that aired immediately after with 1.1M viewers.

They could change this course if they wanted to but they don’t.

What does that tell you?