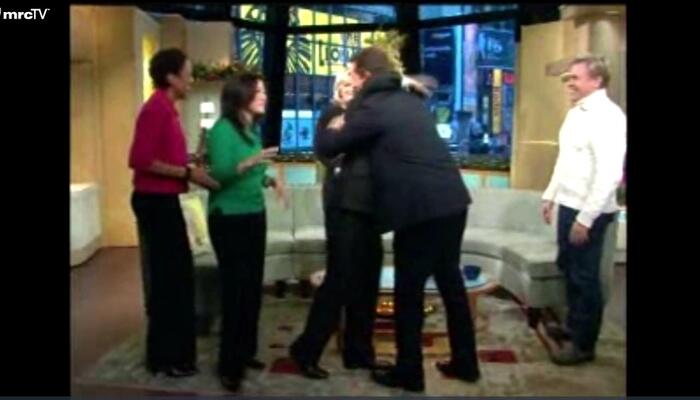 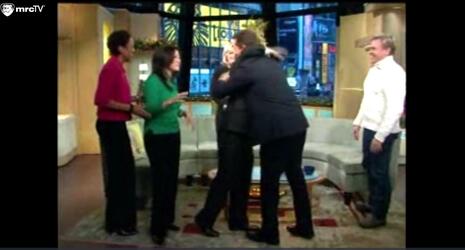 It’s not been a good week for Chris Cuomo, CNN or ABC. The ex-cable anchor was fired from his hosting job after conspiring to undermine sexual abuse accusers of his brother and then of being accused himself. In the intervening week, he quit his radio job and is now in a bitter dispute with CNN. The sexual harassment claim against Cuomo happened back while he was at ABC.

So, it might be fun to look back 12 years ago today and see what Cuomo, then at ABC, was doing. On December 11, 2009, he had just lost out to George Stephanopoulos for the GMA hosting job. The network execs made the two awkwardly choreograph the transition on-air.

Cuomo pretended to be excited for Stephanopoulos, his competitor for the top spot: “It’s been some of the toughest news not to break to all of you that George is coming here. He’s a good friend of mine. I’m so happy for you and excited. Anything I can do to help you?”

Tapping his heart, he gushed, “They’re going to be lucky to have you. They really are…What a team. My heart. My heart, already.”

After Stephanopoulos and Cuomo awkardly hugged, journalist Juju Chang hyped, “That’s a man hug, if I ever saw one!”

The new and old cast, Cuomo, then-ABC weatherman Champion, Chang, Robin Roberts, Diane Sawyer and Stephanopoulos walked from the anchor desk to the couch. Despite there being plenty of room next to Stephanopoulos, Cuomo first adjusted his side of the couch and then snugly placed himself next to Champion.

Fast forward to December of 2021 and ABC hosts are desperately trying to hide the fact that ex-ABCer Cuomo is accused of harassment at their network. On the December 6 Good Morning America — Chris’s former show — journalist TJ Holmes described the claims as happening at “another network, not at CNN.”