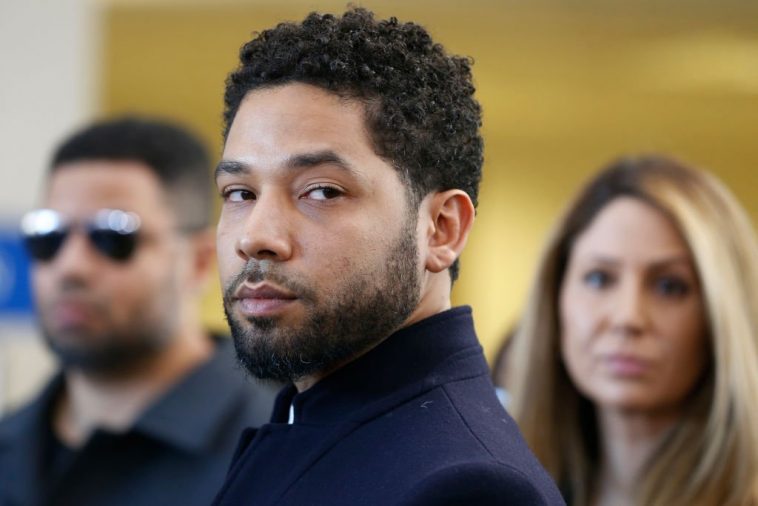 Now that Jussie Smollett has been found guilty of crimes, should we step back and ask what this was all about?

John Kass News had questions after the Smottett verdict:

I ask you, cui bono, who profits by not speaking of Smollett again? Who profits by pretending this didn’t happen?

The politicians who joined him in screaming about hate crimes and lynching. And media that carried Smollett’s hateful and dangerous hoax. They profit by your forgetting.

Kass is right.  One question that remains open is why did the event ever occur?  After listing the responses from top Democrats from Joe Biden to Elizabeth (Pocahontas) Warren on the initial fake event, Matt Margolis at PJMedia shared:

In addition to top Democrats, many in Hollywood fell over each other to virtue signal their anti-racism and anti-homophobia with tweets supporting Smollett and condemning hatred. These people refused to see the absurdity of his story and instead let it validate their negative attitudes about this country and Trump supporters.

It’s no mistake that those of us on the right saw through Smollett’s story, as did a jury of his peers, while the left fell for it hook, line, and sinker. The left always wants to believe the worst of this country and the worst of Trump and his supporters.

The left wants us to believe this country is racist, yet it seems like so many of these high-profile hate crimes turn out to be hoaxes. Why is that? Jussie Smollett may have thought he would revive his career with this stunt, but why do so many others fake these hate crimes too?

As for the aforementioned Democrats and the many others who made similar statements, will they now admit Jussie Smollett made them look like fools?

Don’t count on it.

Nope, the left is ready to move on.  But still, the one item that remains is, ‘why did he do it?’

One observation is that Smollett was reacting to other events at the time.  At the time of Jussie’s fake event, a bill was being pushed in the Senate which would add prison time for an attack by two whites on a black but if two blacks attack a white, the charge will be standard (assault but not a hate crime).  Here’s a link to the bill. It made a crime more serious if at least two whites attack a black person, claiming that the black victim will be reminded of the time of lynchings.

After Smollet attacked himself and posted a video of himself with a rope around his neck, (and blamed two white Trump supporters), both Cory Booker and Kamala Harris used that attack to generate support for their bill. Here’s a picture of their tweets. We were all over this at the time:

New Evidence Suggests Cory Booker, Kamala Harris and Others Were In On the Jussie Smollett Hoax

How many Democrats did it take to put together the Jussie Smollet hoax?