Is this the start of a big conservative splash in the tech sphere?? Rep. Devin Nunes (R-CA) will reportedly resign from his position as a congressman to join former President Donald Trump’s burgeoning Trump Media & Technology Group (TMTG.)

Trump is out of the presidency, but his company has the potential to be a major player in the social media sphere, and it just gained one major power-player. “Trump Media & Technology Group (‘TMTG’) today announced that Congressman Devin G. Nunes has been selected to join the Company as Chief Executive Officer,” TMTG declared in a Dec. 6 press release. “Mr. Nunes will be leaving the U.S. House of Representatives and will begin his new role as Chief Executive Officer of TMTG in January 2022.” Trump commented in the press release that Nunes will be instrumental to making his grand designs a reality:

“Congressman Devin Nunes is a fighter and a leader. He will make an excellent CEO of TMTG. Devin understands that we must stop the liberal media and Big Tech from destroying the freedoms that make America great. America is ready for TRUTH Social and the end to censorship and political discrimination.” 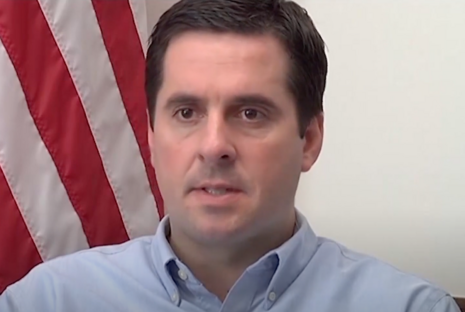 Nunes expressed confidence that the Internet is ripe for a shakeup. Nunes commented that “[t]he time has come to reopen the Internet and allow for the free flow of ideas and expression without censorship.” He added, “The United States of America made the dream of the Internet a reality and it will be an American company that restores the dream. I’m humbled and honored President Trump has asked me to lead the mission and the world class team that will deliver on this promise.”

TMTG specified that the flagship project of the “social media and technology” firm is “TruthSocial, TMTG’s upcoming social media platform.” TruthSocial will reportedly “provide an outlet that encourages open global conversation without discrimination against political ideology,” and TMTG+ will be a subscription-based video streaming platform for “non-woke entertainment, news, documentaries, podcasts and more.”

TRUTH Social will be released this upcoming Spring under TMTG. The platform will compete with Facebook and Twitter, much like Parler and GETTR. “I created TRUTH Social and TMTG to stand up to the tyranny of Big Tech,” he said in a statement.

CNBC noted that Nunes has a history of backing up Trump in the most high-stakes times of crisis:

“In his final month in office, and just two days before the deadly Jan. 6 invasion of the Capitol, Trump awarded Nunes the Presidential Medal of Freedom. Nunes was one of the 147 House Republicans who voted to challenge President Joe Biden’s Electoral College victory after the pro-Trump mob had been cleared out of the building.”