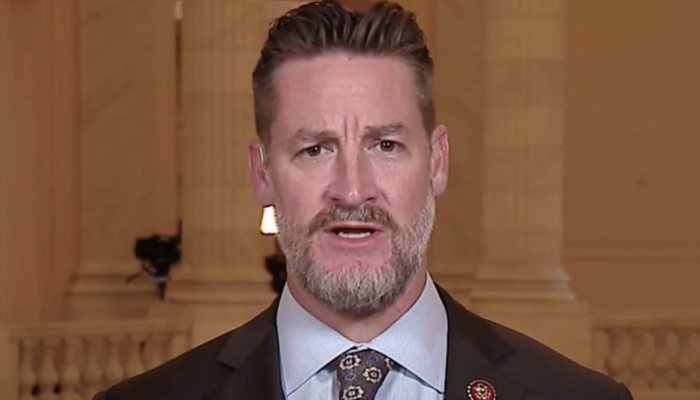 Congressman Greg Steube (R-FL) raked the U.K.-based Center for Countering Digital Hate over the coals for its call to silence conservative organizations.

Representative Steube slammed the “CCP-sympathizing socialists” of the Center for Countering Digital Hate (CCDH), who he summarized “have made it their mission to suppress the facts and silence conservative organizations,” in a Nov. 3 tweet. The CCDH called to censor organizations that disagree with its radical leftist agenda on climate policy. CCDH listed the Media Research Center, along with eight other conservative outlets, among the so-called “toxic ten” sources condemned for not kowtowing to leftist politics. Steube proclaimed: “It’s past time for them to be held accountable for the left-wing front groups that they are. We cannot stand for this.” 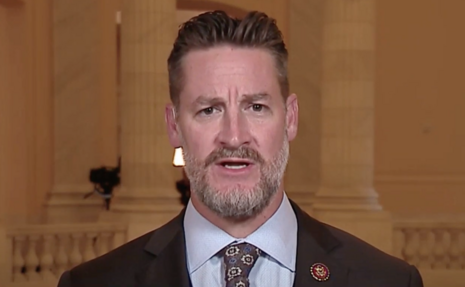 Steube tweeted a blog from NewsBusters featuring Media Research Center Founder and President Brent Bozell who torched the study’s creators as “Digital brownshirts” who are “attacking conservative organizations for daring to have an honest debate on climate policy.” Bozell went on to warn that “These anti-free speech bigots want to shut down anyone who dares to disagree with them. Calling for more biased fact-checks as a way of silencing scientific debate is insane. This is another typical left wing cancel culture attempt borne out of anti-conservative bigotry. Stop Big Tech Cancel Culture!”

The CCDH organization behind the “toxic ten” attack is led by a socialist, CCDH Founder and CEO Imran Ahmed, who co-authored a book about “how to defeat” conservative ideas. The group promotes leftist eco-extremism, but behind all that are its ties to communist China. The CCDH is funded by a leftist eco-group, the Oak Foundation, that financed a “greening” scheme for Communist China’s Belt and Road Initiative.

Steube and other conservative leaders such as Sen. Ron Johnson (R-WI) recently addressed the most dire reality of modern political censorship at an online roundtable hosted by Bozell.

Steube called out social media companies for absurdly lopsided censorship: “We have a former president of the United States who is banned on social media platforms while the Taliban, the Iranians and other terrorist harboring organizations can use those platforms freely.”

Senator Johnson declared that Big Tech is not a marginal issue, and that it is hindering the American republic’s very ability to function: the censorship now “affects elections.” He then referred to scandals involving President Joe Biden’s son Hunter Biden and how they were hidden from the American public during the election by Big Tech: “Surveys have shown if Americans would have known about that, we wouldn’t be experiencing the disaster that is called the Biden administration.”

Conservatives are under attack. Contact your local representative and demand that Big Tech be held to account to mirror the First Amendment while providing transparency, clarity on “hate speech” and equal footing for conservatives. If you have been censored, contact us at the Media Research Center contact form, and help us hold Big Tech accountable.