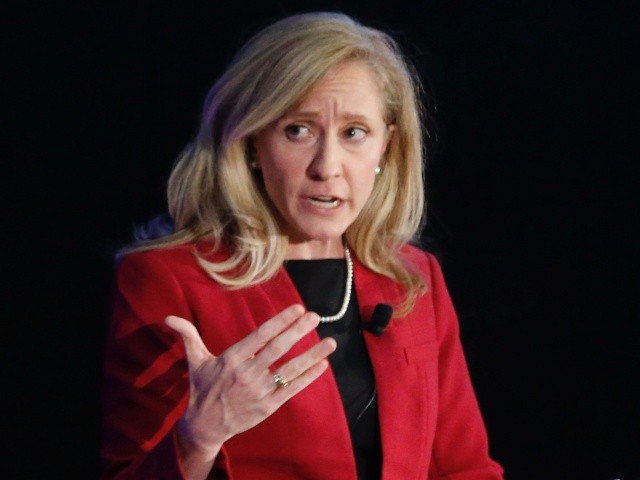 A rebranding attempt from “moderate” House Democrats in the Blue Dog Coalition has reportedly ripped the group apart following tensions stemming from the group’s attempt to reboot after the midterms.

The Blue Dog Coalition, which was known as an influential group in the House when their party was in the majority, will lose half of its incumbent membership, according to a report from Politico, after “a heated disagreement over a potential name change for the moderate bloc” to the Common Sense Coalition.

The “moderate” group of Democrats is getting cut by almost half over the rebranding effort from its already low membership. But the rebranding fight is expected to leave the group with only seven male members, the lowest number the group has had in its nearly three-decade existence. Politico explained:

Seven of the 15 members expected to join the Blue Dogs this year, including Reps. Abigail Spanberger (D-Va.) and Mikie Sherrill (D-N.J.), are departing after a heated disagreement over a potential name change for the moderate bloc. For now that’s left the Blue Dogs with seven, all male members — their smallest roster in nearly three decades of existence. One freshman member remains undecided.

At the core of some of the breakaway Blue Dogs’ demands was a rechristening as the Common Sense Coalition that, they argued, would have helped shed the group’s reputation as a socially moderate, Southern “boys’ club.” Blue Dogs have long stood for fiscal responsibility and national security, issues with broad Democratic appeal, but some members felt the name had a negative connotation that kept their colleagues from joining. A majority of other members disagreed, saying they saw no reason to toss out a longstanding legacy.

Those tensions came to a head earlier this month as Blue Dog members met for a lengthy debate over the reboot that culminated in a secret-ballot vote to reject the new name, according to interviews with nearly a dozen people familiar with the situation, on both sides of the dispute. Shortly after that vote, Reps. Ed Case (D-Hawaii); David Scott (D-Ga.); Rep. Brad Schneider (D-Ill.); Lou Correa (D-Calif.), Spanberger and Sherrill all left the group.

Reportedly, Spanberger and Sherrill were among the lawmakers pushing for the name change to Common Sense Coalition. Politico noted that some of those who opposed were Reps. Jared Golden (D-ME), Josh Gottheimer (D-NJ), Sanford Bishop (D-GA), and Mike Thompson (D-CA).

Andy LaVigne, the group’s executive director, told Politico, “The Blue Dogs have never prioritized having a large coalition — our members look to have a focused, effective group that can influence the Congress regardless of numbers.”

“With a narrow majority governing the House, even a smaller group of members focused on getting things done for the American people on these issues can and will play a vital role,” he added.

In recent years, with majorities in Congress being smaller, the group has been more influential. But the lack of membership calls into question how influential it can now be, even with the small four-seat Republican majority. After starting the last Congress with 19 members, only 13 remained in the 118th Congress after retirement and lost elections.

Jacob Bliss is a reporter for Breitbart News. Write to him at jbliss@breitbart.com or follow him on Twitter @JacobMBliss.