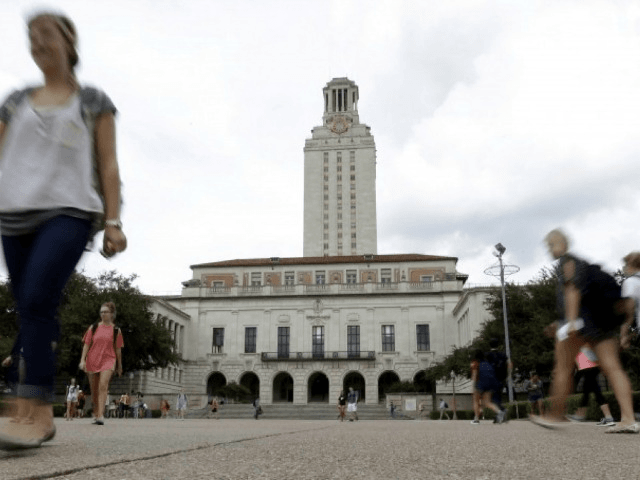 The University of Texas (UT) Austin has created an “entrenched bureaucracy” that exists to further the diversity, equity, and inclusion (DEI) agenda, a recent report from the National Association of Scholars (NAS) found.

Titled “Comprehensive Restructuring – Diversity, Equity and Inclusion (DEI) at the University of Texas Austin,” the report found that the institution has created “an entrenched bureaucracy with an ever expanding ideological agenda.”

The NAS states that “UT Austin has created and implemented a long series of institutional policies in pursuit of the often-vague, often-politicized goals of DEI” and that the policies “influence vast areas of university life.”

Notably, the report found that UT Austin’s DEI agenda was mired in Critical Race Theory, a leftist academic framework that applies Marxist theories of oppression to issues of race and identity. Critical Race Theory has been implemented in the medical school under the guise of “health equity.”

The associate dean for health equity at the Dell Medical School promoted the writings of Critical Race theorists Robin DiAngelo and Ibram X. Kendi, who wrote White Fragility and How to Be an Antiracist respectively.

There is also a list of “health equity competencies” for the medical school, which tell students to “gain awareness of personal conscious and unconscious bias and recognize how interpersonal power differentials manifest in actions that perpetuate health inequities” and “examine how the intersectionality of one’s own multiple identities such as race, ethnicity, language, sex, sexual orientation, gender, age, ability, culture, socioeconomic status, geographic location and immigration status influence one’s thoughts and actions.”

Another competency reads “Examine how the socialization of identities, including race as a social rather than genetic construct, shape group experiences, create affordances and limitations and inform health behavior and utilization of health care.”

But it is not just the medical school that has been affected by the DEI agenda. The report found that the College of Fine Arts established “internal working groups” to “review and establish guidelines and principles of diversity and inclusion within core academic curriculum.” In addition, the College of Natural Sciences has pledged to “offer a new Equity in STEM signature course beginning in the 23-24 school year.

The campaign to embed Critical Race Theory throughout UT Austin is not limited to curriculum, however. The report from the NAS notes the school’s DEI agenda “make contributions to DEI an effective job requirement for faculty members,” thus compelling them to further a leftist ideological mission.

The Cockrell School of engineering revised its promotion and tenure guidelines to “explicitly consider efforts related to DEI in the context of … research, training, and service.” Meanwhile, the LBJ School incorporates “dimensions of DEI into peer observations.”

Furthermore, one measure listed in the UT Austin DEI agenda is to “develop mechanisms for evaluating faculty contributions” to DEI “for considerations of merit and promotion.” It adds “Deans should consult with diversity officers before creating dean’s letters for promotion.”

The Critical Race Theory agenda will also affect the hiring process, with one aspect of the DEI plan reading “leadership … will monitor the pool of applicants for each faculty position for diversity,” going on to add that the search may “require expansion” when “pools are not sufficiently diverse.” Meanwhile, the report notes that all hiring committee members must undergo “diverse hiring training.”

The report points out the perverse incentives at play, remarking that “Any bureaucracy tasked with resolving the university community’s grievances will have a natural incentive to find problems where none exist.”

“Microaggressions, after all, can provide endless occasion for interventions from DEI officers,” the report adds.

Critically, the report notes the self-perpetuating nature of UT Austin’s “Bureaucratic Cathedral,” pointing out that “by hiring scores of these officers, and by mandating new DEI committees and ever-updating DEI plans, UT Austin has ensured that the project of diversity, equity, and inclusion will continue in perpetuity.”

Additionally, the NAS also highlighted the ubiquity of the issue, stating “From the highest level of administration to the university’s many colleges and schools, a new regime of DEI policies has come into being.”

“These policies espouse a speciﬁc set of contentious political views, dictate a new curriculum, and embed the principles of DEI into the fabric of the university,” the organization went on to say.

“For those concerned about the future of higher education, the rolling revolution at UT Austin cannot be ignored,” the NAS concluded.

Spencer Lindquist is a reporter for Breitbart News. Follow him on Twitter @SpencerLndqst and reach out at slindquist@breitbart.com.