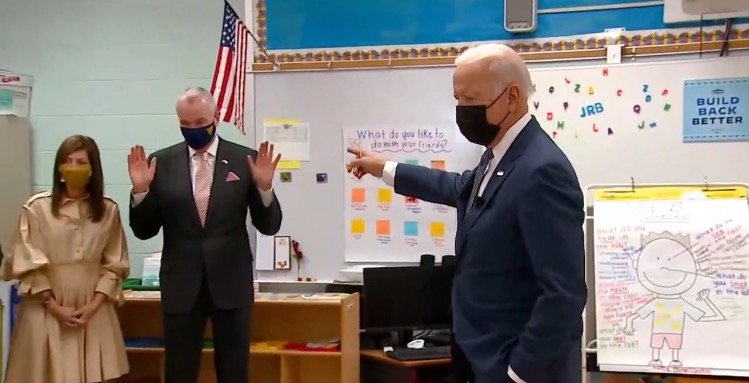 The Republican Party had only two governor races to protect from Democrat voter fraud this 2021 Election and they forgot about one of those races.  They failed.

It’s frightening knowing that the Republican Party still lives in Lala land and pretends that the 2020 Election was fair and elections with Democrats are safe.  America will never have safe elections until all the issues with the 2020 Election are identified and addressed.  Case in point – New Jersey.

We reported on how the Republican for governor in New Jersey, Jack Ciattarelli, had his election win taken from him.  Again, in the middle of the night, a drop of ballots for his opponent, Governor Phil Murphy, was added to New Jersey’s largest county which stole the election from the American people.

Some Americans who have been digging into the 2020 Election are not surprised by this.  We saw it all over the country one year ago.  It’s disgusting that the Republicans can be so lost that they don’t trust their constituents and address their concerns of real voter fraud.

Cristina Bobb from OAN tweeted about this last night.  She dares to ask where the Republicans were in New Jersey.  We know the Democrats are corrupt.  We know the Justice Department is behind them and will let them commit election crimes.  Where were the good people in New Jersey on election night?  Why were they not in place to protect the election there?

Chistina Bobb then recommended that the New Jersey Republicans find some leaders who trust their base and know the importance of securing elections.

Hey, NJ Conservatives, replace @NJGOP with people who believe you when you say you want secure elections.

How many more elderly in New Jersey will die from more of Murphy’s killer actions in the state?  This is how serious protecting elections is.  The Republican Party has yet to recognize this.