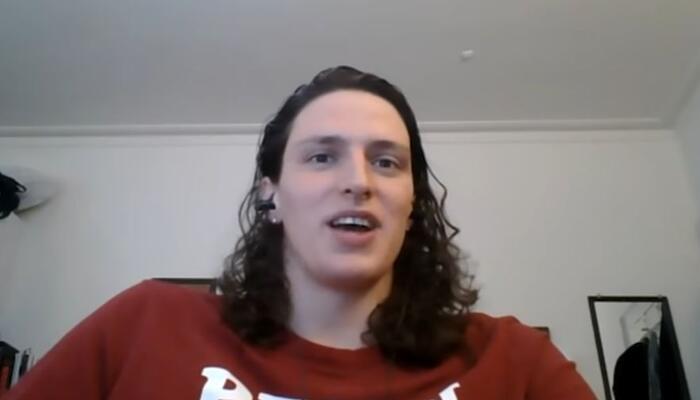 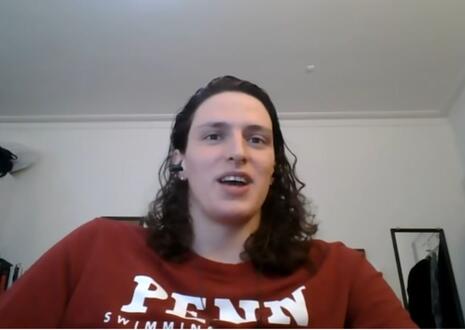 But there’s one little problem: She’s not your female swimmer, she’s a man, baby! Yep. Lia Thomas is a veteran Penn swimmer – a veteran of the men’s team.

The NCAA may be fine with a biological male making the women look like their treading water, but the rest of the team is apparently none too thrilled having Moby Dickless.on the squad.

One female Penn swimmer spoke anonymously to Outkick about the awful situation Thomas, the NCAA and our stupid culture have put them. “Pretty much everyone individually has spoken to our coaches about not liking this,” she said. “Our coach [Mike Schnur] just really likes winning. He’s like most coaches. I think secretly everyone just knows it’s the wrong thing to do.”

The key word there is “secretly.” The swimmer told Outkick, “When the whole team is together, we have to be like, ‘Oh my gosh, go Lia, that’s great, you’re amazing.’ It’s very fake.”

Yeah, there’s a lot of that going around. This guy has the potential to be NCAA champ and break NCAA all-time records. In women’s swimming. Outckick’s interviewee pointed out the absurdity of it all.

The Ivy League is not a fast league for swimming, so that’s why it’s particularly ridiculous that we could potentially have an NCAA champion. That’s unheard of coming from the Ivy League.

So is anyone speaking the truth about biology and culture. Good on this young lady for doing it, even anonymously. But she seems to know how much good it will do, given the myopia of woke culture and the rot of institutions like the NCAA:

When I have kids, I kinda hope they’re all boys because if I have any girls that want to play sports in college, good luck. [Their opponents] are all going to be biological men saying that they’re women.