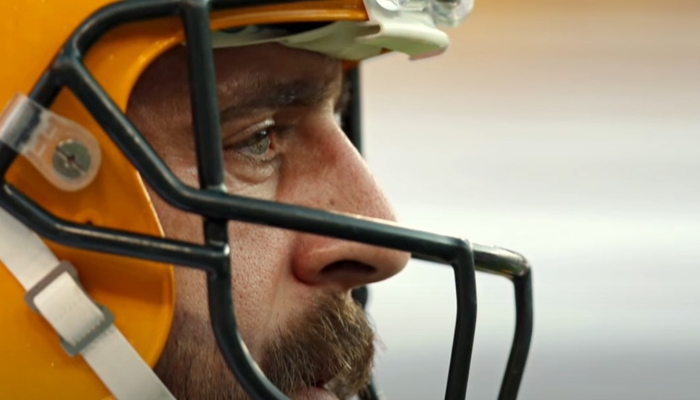 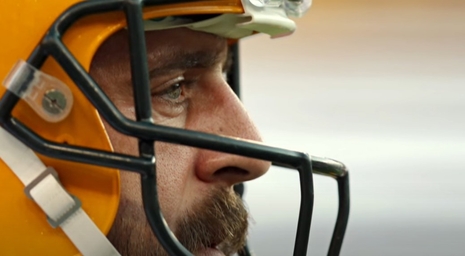 It’s been a year since Green Bay quarterback Aaron Rodgers told the world he had been inoculated – but not vaccinated – against COVID. When he contracted the coronavirus in November, media ganged up on him en masse and cancelled him. Based on Rodgers’ remarks today he’s still smarting from that attack and is in no joking mood about the firestorm that surrounded him last year.

Rodgers appeared today on the Barstool Sports podcast Pardon My Take, hosted by Dan “Big Cat” Katz and Eric Sollenberger. They made a joke about the extremes the media went to in canceling him.:

How many people do you think you killed? What’s your count?

Those questions struck a very raw nerve, and Rodgers shot back, “I mean, I know you guys are fucking around but I don’t find that part funny. I really don’t.”

Upon hearing Rodgers’ reaction, Katz responded, “Oh shit. It actually is one of my favorite things I was able to do off of that whole immunization thing is tweet that you should be in jail.

“I would have people who’d get the joke and then there would be like a ton of people who’d be like, ‘Oh, you like — you think COVID is so real, he should be in jail.’ And it was just, my mentions would just be a mess!”

Rodgers recalled the vitriol of last year when he was practically branded a public enemy for exposing people to COVID, quipping, “And probably a lot of people said, ‘Fuck, yeah, put him in jail — Get that liar in jail.’”

Just how ridiculous were the media’s vaccination lemmings last year when they attacked Rodgers for days on end?

As a matter of fact, a Washington Post columnist urged people to make life a “living hell” for those who declined vaccinations. Sports media succeeded wildly in doing that to Rodgers. The attacks were non-stop.

Among the sports media who shamed Rodgers were NBC’s Mike Florio, Sports Illustrated’s Conor Orr, Yahoo Sports’s Shalise Manza Young and a whole lot more. The whole episode was a lesson in groupthink. Athletes declining vaccination were often criticized by media for letting down their teammates for not being available to help their teams win while sidelined with COVID. It was the standard narrative that all good woke media followed religiously.

Rodgers said he conducted an extensive review of research and dismissed cancelation as a total political sham. During last season’s shaming firestorm, Rodgers said, “I realize I’m in the crosshairs of the woke mob right now, so before my final nail gets put in my cancel-culture casket, I think I’d like to set the record straight on so many of the blatant lies out there.”

Rodgers said he was allergic to the Pfizer and Moderna mRNA vaccines, and he did not trust the Johnson & Johnson vaccine either.

Neither side in the vaccination debate mattered to Rodgers either. He said, “I made a choice that was in my best interest,” and, “The right is gonna champion me, and the left is gonna cancel me.” He said he didn’t care about either side and politics are “a total sham.”

Rodgers got the last laugh on the media cancel mob. He contracted the coronavirus in November, missed a game, but eventually won the NFL’s 2021 Most Valuable Player award. The Packers won their division and made the playoffs, disproving he was an unvaccinated super-spreader. 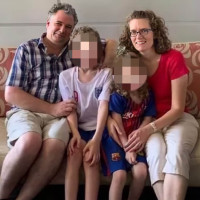 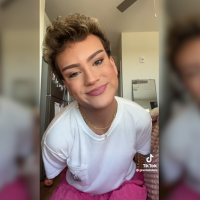