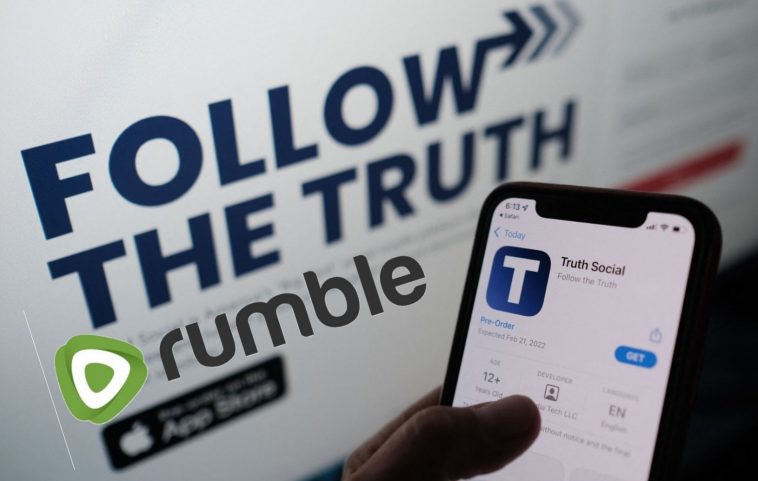 On Monday, Howard Lutnick, the CEO of Rumble’s parent company Cantor Fitzgerald, announced that the streaming service has worked out a distribution deal with President Donald Trump’s “TRUTH” social media.

The company will now become the main tech service provider for the much anticipated new platform, providing some much-needed infrastructure support that will be crucial in Trump’s efforts to unseat the main players in Big Tech.

Lutnick gave more details about the partnership in an interview on the “John Bachman Now” show on Newsmax:

“Truth and the 45th president are going to use Rumble’s infrastructure, their technology, their cloud distribution capability, so they are going to be a service provider, a tech provider to the president’s Truth Social.”

The new deal with Rumble is just the latest win for Trump’s new social media endeavor, and it comes right on the heels of TRUTH Social securing a lofty one billion dollar investment just last week.

This platform can not get released fast enough. Put the warp speed on this thing!

From Trump’s announcement on securing the funding:

“$1 billion sends an important message to Big Tech that censorship and political discrimination must end.

America is ready for TRUTH Social, a platform that will not discriminate on the basis of political ideology.”

Over the past year, Rumble has grown at an extremely quick pace, with the company already having reached a substantial 15 percent market share among US users, according to Newsmax. They have been extremely successful by championing themselves as a staunch pro-free speech platform, but most importantly they have refrained from censoring content like YouTube and others.

The difference has made the switch for people a no-brainer, according to Lutnick.

“What this is, is people with political ideology being asked to leave YouTube, comedians are now coming over, gamers are coming over. It’s a broad group of people don’t want to be censored.

The rapid growth has enabled Rumble to take the company public on the NYSE, with an official IPO scheduled for the second quarter of 2022.

Even with all of the success already, things are only getting better. Lutnick explains that with this new partnership the company will “have the money now to go do whatever they want to do.”