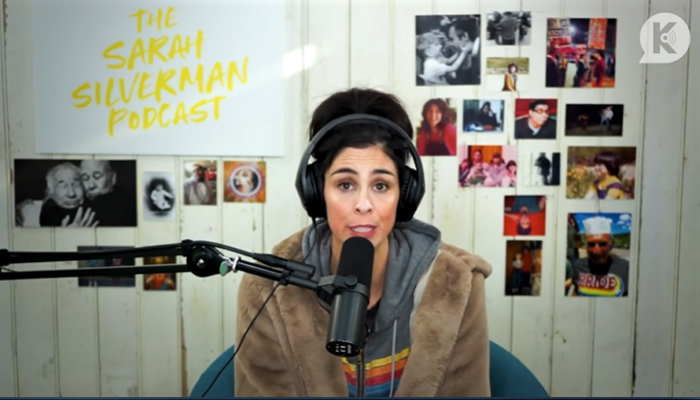 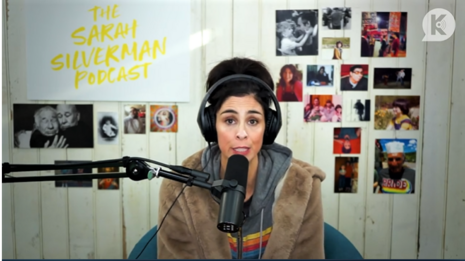 Mediaite reports that Sarah Silverman proclaimed “I f–king surrender” after getting hounded for tweeting criticism at Joy Reid over a Ron DeSantis proposal to create a volunteer state guard in Florida.

Reid tweeted out a CNN.com article by Steve Contorno that noted DeSantis wasn’t the first to do this: “Florida would become the 23rd active state guard in the country, DeSantis’ office said in a press release, joining California, Texas and New York.” Silverman noted this blue-state fact.

But Reid tweeted “So… y’all know this is fascisty bananas, right…?” Reid sounded like the Florida Democrat she is. DeSantis challenger Charlie Crist called it a “handpicked secret police.” Another challenger, Annette Taddeo, said DeSantis was a “wannabe dictator…like we’ve seen in Cuba.”

Please read the article before you post this stuff you’re a news outlet. The truth has to matter

“I didn’t really think anything of it,” Silverman said about the tweet on the latest edition of The Sarah Silverman Podcast. “I put my phone down and checked Twitter a couple hours later and had been completely co-opted by the right.” Conservative tweeter @Redsteeze enjoyed the squabble: “Drag her, queen.” Silverman complained the conflict blew up because “it’s show business.” Yes, that’s the business she’s in!

“I like Joy Ann Reid, and I very much do not like Ron DeSantis,” Silverman continued. “This is my truth, I think he’s one of those vaccinated anti-vaxxers who worships Trump.”

She said “One of the hosts of The View was like, ‘What hubris for Sarah Silverman to accuse a black woman of not reading…Oy! I f–king surrender. Good grief! I don’t want any trouble. I cannot believe I need to say this, but I did not criticize Joy Ann because she’s black, but because she’s a Harvard-educated journalist with the responsibility ideally of showing the whole picture and not just a piece of a picture.”

But the best part was Silverman suggested she needed a just-facts news channel.

“Joy Ann, like so many of our favorites on these 24 hour news channels, is both a journalist and a political commentator…But where do we get just the plain old news, you know? I need a news outlet that’s just the facts, something that I can like, draw my own opinion,” Silverman said. “That would be so nice. I’d like to draw my own conclusions sometimes.”

She ended with “Good grief, you dare criticize anything in your own party, you’re the enemy, and that kind of black-and-white thinking on both sides. But obviously, I’m on the left. That’s what I care about. It’s such a turnoff to me. That you’re-either-with-us-or-against-us kind of vibe, with no room for questions or critique. It feels very not liberal to me, it feels like right-wingish!”