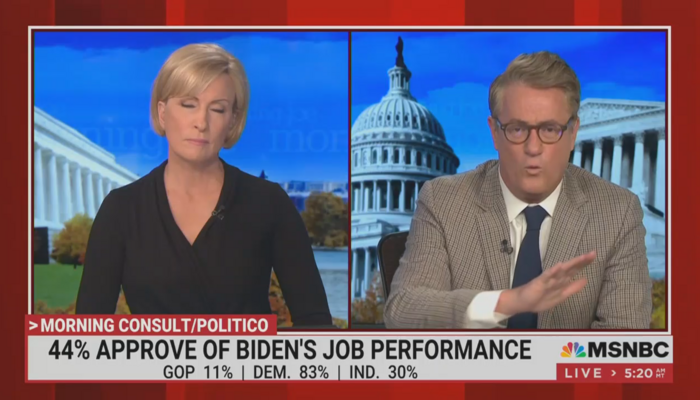 Scarborough’s repetitions of those lines became such a running joke on Morning Joe that the show devoted an entire segment to Joe recycling them ad nauseam, to the ultimate exasperation of wife-and-co-host Mika Brzezinski.

But now that the presidential shoe is on Joe Biden’s foot, here was Joe Wednesday morning—making the same prediction:

“I, I, I said it before, Mika. I suspect that, eventually, inflation will cycle out. It may get worse before it gets better. Oil may go up to $100 per barrel. And, you also — we may have another surge in COVID. I do think, though, especially COVID, washes out in the spring; all the advancements that we’re making. I really do believe—and this is the importance, the important thing—that Americans are going to see a return to normalcy, as far as shutdowns and COVID mandates. I think we will see that next year. And the party in power will benefit from that.”

Scarborough’s statement came during a segment that was more like a group-therapy session, with the panel reassuring themselves that Democrat fortunes, so currently down in the dumpster, would turn around in time for the elections. Optimism is now warranted — for political reasons — just as mocking optimism used to be the liberal game. 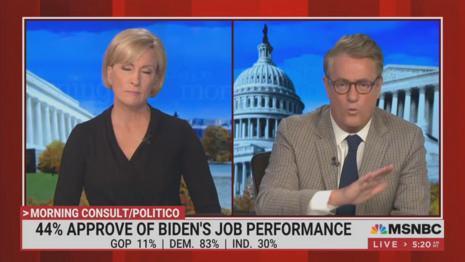 But the panel obstinately focused on two issues: COVID and inflation. In doing so, they ignored other important issues that Americans are deeply concerned about, and angry at Democrats, over: the out-of-control border and immigration, the pushing of radical indoctrination in schools [see, Governor-elect Youngkin], rampant crime due to soft-on-crime Democrat politicians, etc.

And there’s no indication that the Democrats’ radicalism on those issues will “wash away” anytime soon. Rather, Democrats are more likely to be “washed away” out of Congress!

Everyone hopes that at some point COVID will indeed “wash away.” But Biden boasted in the final presidential debate in 2020 that he would “end” the pandemic, unlike Trump. Biden said “anyone who is responsible for that many deaths should not remain as president of the United States of America.”

But back when Trump was making his predictions, in the first weeks of the pandemic, so little was known about the virus. And serious scientists were saying that warmer weather could indeed reduce, if not totally eliminate, the spread of COVID. So Scarborough, who so mercilessly mocked Trump, should show some humility when today he echoes the former president’s prognostication.

Joe Scarborough echoing Donald Trump’s prediction that Covid would be gone by Spring was sponsored in part by Gold Bond, Rocket Mortgage, E-Trade, and Servpro. 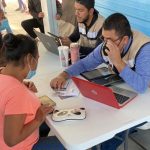 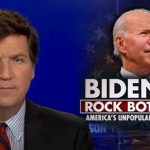