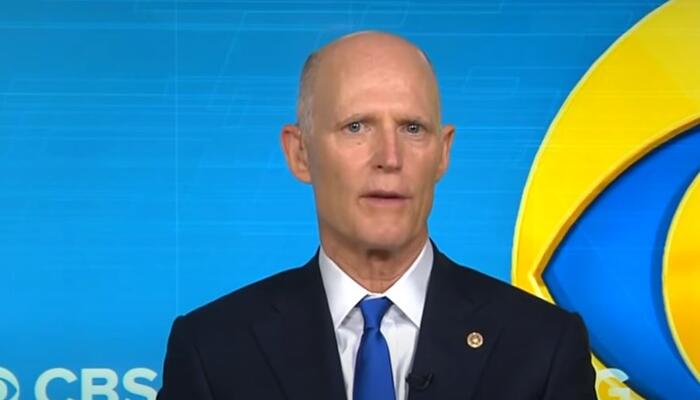 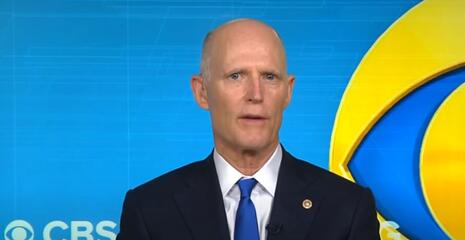 Florida’s Sen. Rick Scott is mad as heck at the NBA over its ties with “murderous and tyrannical” China. And he’s not going to take it anymore. The Republican senator called on the NBA to meet with him over its silence on the commies’ “ongoing genocide.” He also wants the league to support his call for removal of the 2022 Winter Olympics from China.

The NBA is deeply intertwined with China through broadcasting rights and manufacturing deals there. Current and former NBA players have rich endorsement contracts with China, which is ultra-sensitive to any criticism.

China blacked out NBA broadcasts over the criticism of an NBA general manager (Daryl Morey, in 2019) and a player (Enes Kanter, this year). The NBA, LeBron James and the others benefiting from Chinese cash have consistently looked the other way and excused China’s blatant wrongdoing.

Sen. Scott urged the NBA to meet with him as soon as possible to discuss its involvement with China.:

“As I am sure you know, I have been vocal about the league’s use of Communist Chinese-made apparel, its decision to crack down on Daryl Morey after his comments about protests in Hong Kong, the abuse of young players at NBA academies, and your organization’s silence about Communist China’s horrific human rights abuses and the ongoing genocide against Uyghur Muslims in Xinjiang. I have also urged the NBA to support my call to move the 2022 Olympic Games out of Communist China and to a country that actually respects human rights. Sadly, you have chosen to be silent on this as well.”

The NBA shut down the training academy Scott mentioned, but this action is just a crumb compared to its vast complicity with China.

Sen. Scott said the issues he pinpointed are not speculative. “These are facts. The NBA has done nothing to stand up to Communist China, and in some ways has taken actions that seem to have no purpose other than to please General Secretary Xi’s murderous and tyrannical Communist Chinese government.”

The lawmaker has met with Boston Celtics center Enes Kanter, who shares his contempt for China’s government and the NBA’s prioritizing profit over principle. Sen. Scott admires Kanter’s bravery in a league of sell-outs and his commitment to worldwide freedom.

Fearing repercussions from China, the NBA reportedly wanted to banish Kanter for using social media and tailor-made shoes to campaign against Chinese oppression.

“Players like Enes, who recently became an American citizen, should be celebrated by the NBA and held up as an example of courageous advocacy for the common good,” Sen. Scott said.

U.S. Sen. Ted Cruz (Rep-Texas) has also called out the NBA for being in bed with the Chinese regime. By its actions, the spineless NBA believes social injustice only occurs in the United States. Wrongly so.