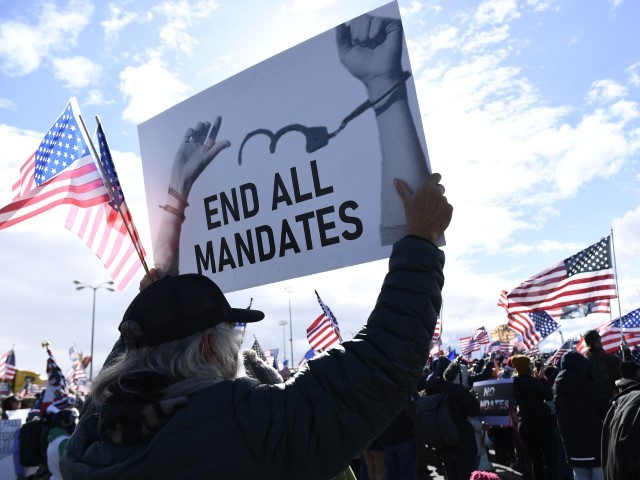 The resolution (S.J.Res.38), which was introduced by Sen. Roger Marshall (R-KS) in February and co-sponsored by several other Republican senators, cites the National Emergencies Act, which gives Congress the right to end a president’s national state of emergency claim. The measure passed 48-47 in the Senate roll-call vote — the minority party notably had a rare advantage because several Democrat senators were unable to attend the vote for various personal reasons.

The resolution will be sent over to the House for a vote. The White House did not take kindly to the idea of the legislative branch potentially curtailing its newfound methods of wielding power over the American people. Fox News correspondent Mark Meredith reported that the Biden administration said it “strongly opposes ” the effort.

“Admin argues ending the authority would be ‘reckless.’” Admin also threatens a veto if it were to pass,” Meredith tweeted.

New: White House says it strongly opposes @RogerMarshallMD effort in the Senate to terminate the COVID-19 national emergency. Admin argues ending the authority would be “reckless”. Admin also threatens a veto if it were to pass

In a statement to Breitbart News, Marshall said there is “no doubt it’s time for our nation to learn to live with COVID,” adding that “the American people are worn out.”

The Senate has spoken. We are ready to end the COVID national emergency like more than a majority of Americans. Hope our House colleagues join us in returning the ability to make decisions related to the virus back to the American people. https://t.co/pQSAD4KuTG

“After nearly two years of living under this state of emergency, the American people are worn out and yearning to breathe free; they long for their God-given freedoms, and for leaders to take their side. There is no doubt, it’s time for our nation to learn to live with COVID,” Marshall  said.

I am proud my colleagues came together to repeal this emergency declaration and delivered a symbolic victory to our citizens that normalcy is around the corner and that limited government and our constitutional rights still reign supreme. It’s high time to stop talking about restrictions and the unknown. We must chart a new course to victory today that respects the virus and our freedoms.

Today I voted to end the federal COVID state of emergency.

It’s long past time for @POTUS to give up the extra powers he’s been given under this public health emergency declaration, so we can move forward rather than extending this emergency status indefinitely.

“Today I voted to end the federal COVID state of emergency,” Braun said in a tweet following the vote. “It’s long past time for @POTUS to give up the extra powers he’s been given under this public health emergency declaration, so we can move forward rather than extending this emergency status indefinitely.”

But Marshall, during his speech on the Senate floor, noted that “the situation on the ground in the United States has changed drastically since the early stages of the pandemic.”

“Accordingly, states in every corner of the nation are repealing indoor mask mandates, including blue states who have most adamantly enforced them. Yes indeed, freedom-loving Americans who are worn out by these draconian lockdowns and mandates are giving a sigh of relief,” he said. “Despite all these advances and our possession of a much greater understanding of the virus, President Biden stealthily extended the national emergency declaration once again on a late Friday afternoon two weeks ago.”

Marshall said Biden’s extension of the declaration is a “guise” and an effort to “grow government and lurch our nation towards socialism.”

“They have been wrong nearly every step of the way during the response to this pandemic, always a day late and a dollar spent in the wrong direction,” he said. “Yet here they are, these same individuals who now reside in the White House and hold majorities in Congress, telling us it would be detrimental to our health to repeal the president’s national emergency declaration.”

“Their motivation is not genuine. It is a blatant effort to further extend the massive accumulation of power the federal government has extended across America over the last two years,” he continued. 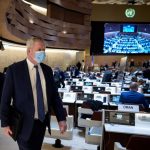 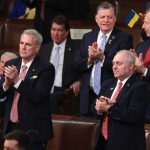