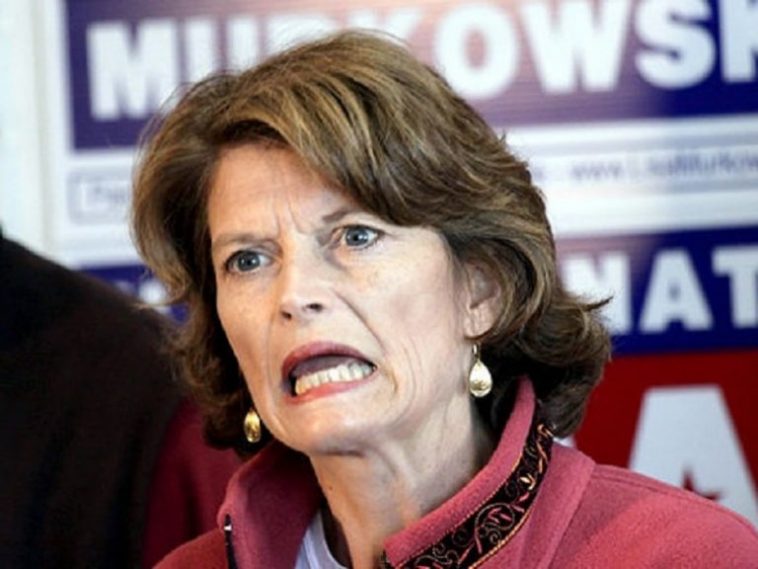 The Republican establishment really doesn’t like its base.  The largest base in US history.

We saw it on Election Night 2020.  The Republican Party turned and ran away as President Trump received the largest number of legitimate votes in US history.  They then allowed the 2020 Election to be stolen and did and said nothing as if it never happened.  They did it then and they will continue to side with America haters and communists rather than their base.

We saw more evidence of this Sunday morning.

TRENDING: Duchess of Cornwall on Biden Farting at Climate Summit — ‘Long and Loud and Impossible to Ignore’

Sen. Rick Scott (R-Fla.), the chairman of the Senate GOP campaign arm, said on Sunday that he will help Sen. Lisa Murkowski’s (R-Alaska) reelection efforts, even though former President Trump has already endorsed a challenger against her.

“You had said you’re going to support all incumbents. And I’m just curious, does that include Lisa Murkowski, where the former president has endorsed a primary challenger? And when you say you support, does that mean you will financially support Lisa Murkowski and actually help run a campaign against a primary opponent?” “Meet the Press” moderator Chuck Todd asked Scott on NBC.

Here’s a video of Scott on Meet the Press.

WATCH: NRSC Chairman @SenRickScott says he “absolutely” supports Lisa Murkowski in her race and will help her campaign against her challenger, whom Trump endorsed. #MTP pic.twitter.com/G11SgSQPzK

The Republican Party has been taken over by a group of Democrats who love communism and globalists who love money. None of these types give a damn about American and its people.  Murkowski must go.