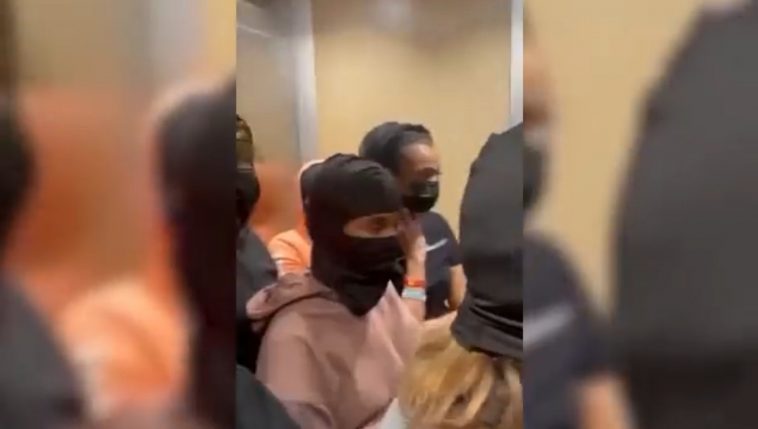 Criminals have been emboldened like never before in Biden’s felons-first America.

In major Democrat cities like Chicago, Baltimore, and San Francisco, where crime goes largely unpunished, people aren’t even able to count on the safety of their own home anymore.

Unfortunately for one mother and daughter in Minneapolis, that nightmare became a reality when they were attacked while sitting in their living room this weekend.

A group of around a dozen masked thugs who appeared to be mostly youths forced their way into their apartment and mercilessly beat them for about 40 seconds before running away.

A shocking video of the incident that was recorded by one of the attackers was posted online on Sunday night.

In what looks like a targeted attack, the mob can be seen approaching and then entering the apartment after one of them knocked on the door and pushed their way in.

The confused mother inside can be heard saying “how did you get into my house” before they rush forward at her and begin their gang assault.

A Somali Tiktoker named Najma apartment was invaded by a mob of Somalis. If you know anything about this incident please get in contact with the ⁦@MinneapolisPD⁩ pic.twitter.com/7ZqA3ehfL0

Since being posted yesterday, the video of the assault has been viewed hundreds of thousands of times. Despite this, the attackers are still at large while the community and police continue to look for leads – it shouldn’t take long though – even in soft-on crime Minneapolis – they recorded the assault and uploaded it online themselves.

Not the brightest bunch.

If you know of any information about the attack, you can contact the Minneapolis Police Department here.