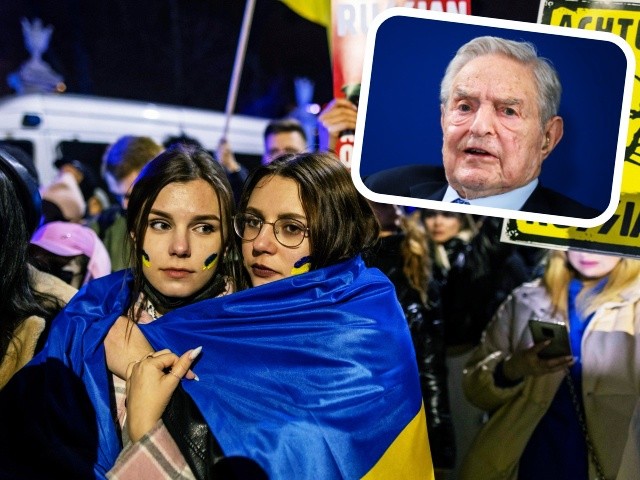 The mass migration lobby, with deep financial ties to billionaire George Soros, is praising President Joe Biden’s beginning stages of opening a refugee pipeline from Ukraine to the United States.

As Breitbart News reported, Biden’s Department of Homeland Security (DHS) Secretary Alejandro Mayorkas announced that about 75,000 Ukrainians in the U.S. will be able to remain in the country and secure work permits for at least 18 months under a Temporary Protected Status (TPS) designation.

Nearly 30,000 Ukrainians are illegally in the U.S. and could be eligible for Biden’s TPS.

A host of Soros-linked mass migration groups had been lobbying Biden to open a refugee pipeline from Ukraine in the wake of the Russia-Ukraine conflict.

“Temporary Protected Status is a pillar of the U.S. humanitarian immigration system,” Anna Gallagher, with the Soros-linked Catholic Legal Immigration Network (CLINIC), said in a statement.

“As Catholics, TPS designations put into action our faith values to welcome, share resources and recognize the dignity of all,” Gallagher said.

Ali Noorani with the National Immigration Forum, also linked to Soros, praised Biden’s TPS designation for Ukraine as “an important move that speaks to our history as a safe haven for those facing oppression.”

“Our government’s policies and actions must reflect a commitment to protecting the most vulnerable, regardless of nationality,” Noorani said. “In addition to granting TPS for Ukrainians, the Biden administration should prioritize rebuilding our refugee resettlement infrastructure and capacity to continue our legacy as a welcoming beacon of democracy.”

The Center for American Progress (CAP), funded by Soros and others like the Carnegie Corporation of New York, had suggested Biden not only grant TPS to Ukrainians in the U.S. but also expand the refugee resettlement program to include more spots that Ukrainians could take.

“Likewise, the United States should designate specific refugee slots for Ukrainians and others –such as immigrants from African countries — fleeing the fighting in Ukraine while also providing humanitarian parole for those who already fled Ukraine and/or arrive at U.S. borders via other countries,” CAP researchers wrote.

Soros, himself, has said the U.S. and European nations must “do whatever is in their power” to aid Ukraine against Russia.

The latest Associated Press-NORC poll reveals that just 26 percent of Americans want the U.S. to have a “major role” in the Russia-Ukraine conflict. Meanwhile, 72 percent said the U.S. should have a “minor role” or “no role” at all.

Every five years, refugee resettlement costs taxpayers nearly $9 billion. Over the course of a lifetime, taxpayers pay about $133,000 per refugee and within five years of resettlement, roughly 16 percent will need taxpayer-funded housing assistance.

Over the last 20 years, nearly a million refugees have been resettled in the nation — more than double that of residents living in Miami, Florida, and it would be the equivalent of annually adding the population of Pensacola, Florida. 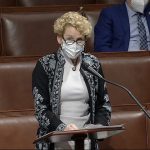 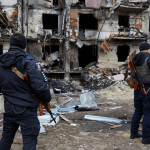