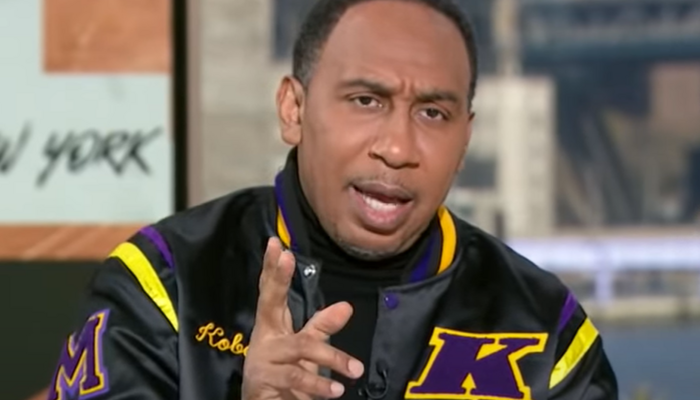 COVID hysteria and stupidity go hand in hand, and sports talk show personality Stephen A. Smith reminded us of that on Friday. 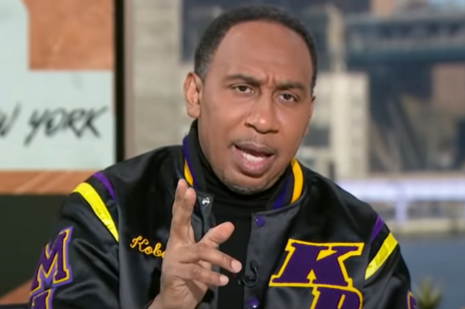 Smith went beserk on his show “First Take” in a segment that discussed the punishment Tampa Bay Buccaneers wide receiver Antonio Brown received for using a fake vaccine ID card as proof of his vaccination status. This past week, he served his first game of a three-game suspension, but Smith was far from satisfied with this severity of punishment.

Smith characterized Brown as selfish for not getting the vaccine and thought Brown should have received a harsher punishment. This is just part of his long-winded rant:

“These brothers vouched for you man,” Smith said of Brown’s teammates. “And all it would have been was an inconvenience for you. And rather than simply being honest to ensure your availability, you chose to go this route. Your ass is LUCKY you got three games. It should’ve been more.

“There’s not even a rule in the NFL prohibiting you as a player from playing if you’re not vaccinated,” Smith added. “What it says is that you have to go through additional safety protocols that could be a bit more arduous … but you don’t HAVE to get vaccinated in order to play. And still, STILL you lied.”

Oddly enough, Smith is right about one thing: Brown should not have lied about it. After all, Brown would not have to stop playing, he would just have to undergo stricter testing. Brown certainly did not help his case by acting in this way.

But he still needs to see that there is an element of overreach on the NFL’s part. The NFL has crossed the lines of medical privacy and choice on multiple occasions this year and doubled down on their stupidity by making scapegoats of anyone who does not fully comply with their COVID stances. Brown will now be the latest one to join the herd.

Also, three games is definitely a sufficient punishment for this wrong. And again, it calls into question the consistency of how the NFL handles player discipline situations.

Brown’s teammate Richard Sherman is playing every week, but earlier this summer, he was arrested on the charge of burglary domestic violence after trying to forcibly gain entrance into his girlfriend’s parents’ house in Washington state.

Additionally, Kansas City Chiefs wide receiver Josh Gordon has been one of the most habitual drug policy offenders in recent memory. As of March, he had been suspended five times by the NFL for possessing illegal substances, and while he has served his suspensions, he has still been given plenty of chances to play football.

But three games for a guy who faked his vaccination status and “endangered” everyone in his locker room? That’s a little absurd.

If the COVID hysteria ever dies down, people might be able to think logically. Until then, we’ll have to learn to ignore the idiots in our society that have unfortunately been given microphones.