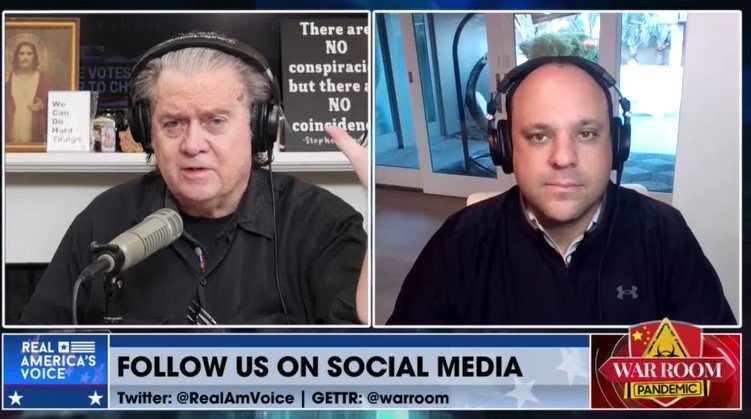 During their discussion, the subject turned to FOX News.

Steve Bannon: FOX has really flipped and Brian Stelter right there is bragging about it. You’re telling me a guy can go to Florence, Arizona and I love Florence, I’ve spent a lot of time in Florence, Arizona. But it is the middle of nowhere. You go to Florence, Arizona and draw that kind of crowd on an NFL playoff weekend? OK. They entire Democratic Party couldn’t go out there and draw that kind of crowd. This is not a Republican… I love DeSantis and these guys. 50 of them could go out there and not draw a third of that crowd. This is a major news event. And remember, this started the decertification process. This is why they didn’t want to cover. They’re caught out now. CNN, MSNBC and FOX, particularly, you’re caught on The BIG LIE. We’re rolling on this decertification process. And I don’t care. We previewed it on Saturday’s morning show. I don’t care if Twitter and these guys go crazy.

Bannon then went on about FOX News,

“FOX, you’re not a news organization… The FOX scam is over.”