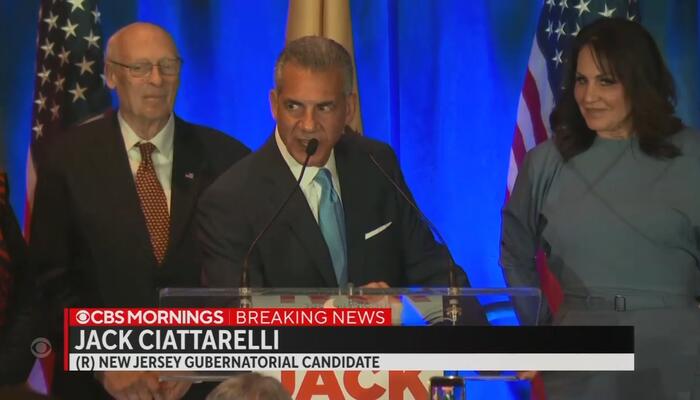 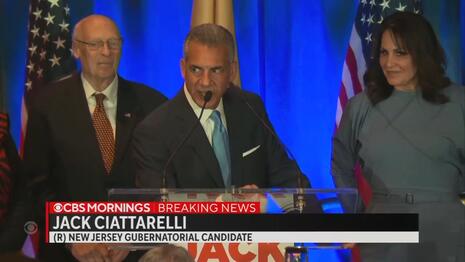 Republican gubernatorial candidate Jack Ciattarelli stunned the political and media establishment on Tuesday with a breathtaking performance. As of 8:30 AM on Wednesday, Jack Ciattarelli leads incumbent Democrat Phil Murphy 49.7 to 49.6.  Whatever the final result, one could also say he defeated the corrupt press.

ABC, CBS and NBC buried the race and, over five months, only ONCE even uttered the name Ciattarelli on their morning or evening newscasts.

Ciattarelli won the Republican nomination on June 8, 2021 and the total coverage over the next 153 days (before Tuesday night), is a scant 50 seconds. (Thirty nine seconds on CBS and 11 on ABC.)

An October 18 Emerson poll found the race at only six points, down from a 16 point lead in August. An October 31 Trafalgar survey put it even closer, just four points. It’s not like the networks didn’t know it was close. If journalists had done their job and covered this tight race, Ciattarelli would have enjoyed greater name ID and performed even better. 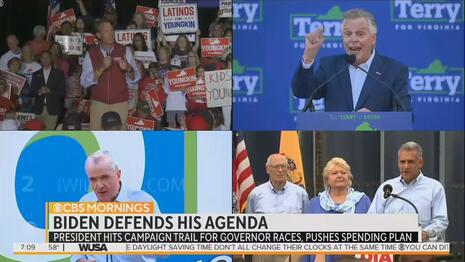 The mentions of New Jersey’s race at all were scant and you’d have to listen closely to even know there was a contest. On the October 26, 2021 CBS Mornings, co-host Nate Burleson briefly noted, “[Joe Biden] promoted the [infrastructure] plan yesterday where in New Jersey, the state’s Democratic governor is running for a second term.”

Running for a second term against whom? Burleson didn’t say.

On that same show, reporter Ed O’Keefe vaguely alluded to the Emerson poll saying that Biden’s Democratic Party is “locked in two competitive governors races in usually reliably blue states.” If you squinted real hard on CBS, you would see Ciattarelli in a tiny box in the bottom right corner of the screen.  But his name never came up in the 32 second segment. (See image above.)

On Tuesday, CBS Mornings journalist Major Garrett conceded the liberal nervousness. He talked about the race for seven seconds: “The other thing I’m keeping an eye on is the New Jersey governor’s race. Should not be close. It is closer than you would think, based on the blue state history of New Jersey.”

If it’s “close” and “closer than you think,” maybe talk about the race, who the candidates are, and what they stand for? Given that incumbent Murphy has a nursing homes death scandal similar to New York’s Andrew Cuomo, perhaps we can guess at the reason for the near-silence.

Just two days before the election, on Halloween night, World News Tonight reporter Kenneth Moton broke the network stranglehold and finally said Ciattarelli’s name: “Virginia and New Jersey are the only two states to hold their race for governor in the year after the presidential election. New Jersey Governor Phil Murphy leading in his bid for re-election over Republican challenger Jack Ciattarelli.”

That mention of New Jersey added an additional 11 seconds, bringing the grand total to 50 seconds. Up until election day, if Americans wanted to hear from Ciattarelli, they had to turn to Fox. For instance, he appeared on the October 28 The Ingraham Angle and on this past Saturday’s Cavuto Live.

On Wednesday, the day after the election, Ed O’Keefe on CBS seemed stunned: “Some early polls have Murphy ahead by up on double digits making the razor-thin margins a major disappointment for Democrats and possibly a blueprint for Republicans looking ahead.” On NBC’s Today, Savannah Guthrie marveled, “In a surprise, the governor’s race in New Jersey too close to call.” On Good Morning America, Janai Norman was shocked: “Way closer than expected.”

It may have been a surprise for the corrupt media elite, but not all Americans. Conservatives and Republicans in New Jersey, Virginia and all over the country have been excited to vote and to support candidates in opposition to Joe Biden’s liberal agenda. Just imagine how Ciattarelli might have done if he was granted more than 50 seconds from the Democrat-protecting media.