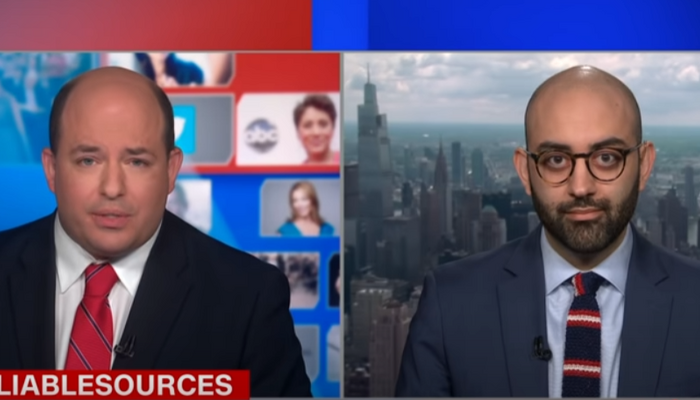 CNN took a sudden detour from its love affair with President Joe Biden and accused his White House of trying to quietly shape the media coverage of his atrocious economic agenda.

The Reliable Sources newsletter reported that the “The White House, not happy with the news media’s coverage of the supply chain and economy, has been working behind the scenes trying to reshape coverage in its favor.” The newsletter, written by senior media reporter Oliver Darcy, said, “Senior White House and admin officials — including NEC Deputy Directors David Kamin and Bharat Ramamurti, along with Ports Envoy John Porcari — have been briefing major newsrooms over the past week.” But it’s not as if the liberal media and CNN haven’t been attempting to indulge Biden these past months. Just recently, CNN did public relations for the president by blaming anything and anyone but Biden’s disastrous economic policies for his poor polling numbers.

But then Darcy actually tried to spin the White House attempting to deputize media outlets as propaganda agents for the state as “productive”:

The officials have been discussing with newsrooms trends pertaining to job creation, economic growth, supply chains, and more. The basic argument that has been made: That the country’s economy is in much better shape than it was last year. I’m told the conversations have been productive, with anchors and reporters and producers getting to talk with the officials, [emphasis added].

Conflict of interest much? Perhaps Darcy and company need a refresher course on the Society of Professional Journalists Code of Ethics, which states clearly: “Deny favored treatment to advertisers, donors or any other special interests, and resist internal and external pressure to influence coverage.” [Emphasis added.]

But CNN hasn’t been alone in practicing Biden apologetics. A Nov. 16 analysis by NewsBusters Research Director Scott Whitlock showed that ABC, CBS and NBC morning news shows hyped up the passage of Biden’s bloated $1.2 trillion infrastructure bill while spending a meaningless 24 seconds on the topic of worsening inflation under his administration.