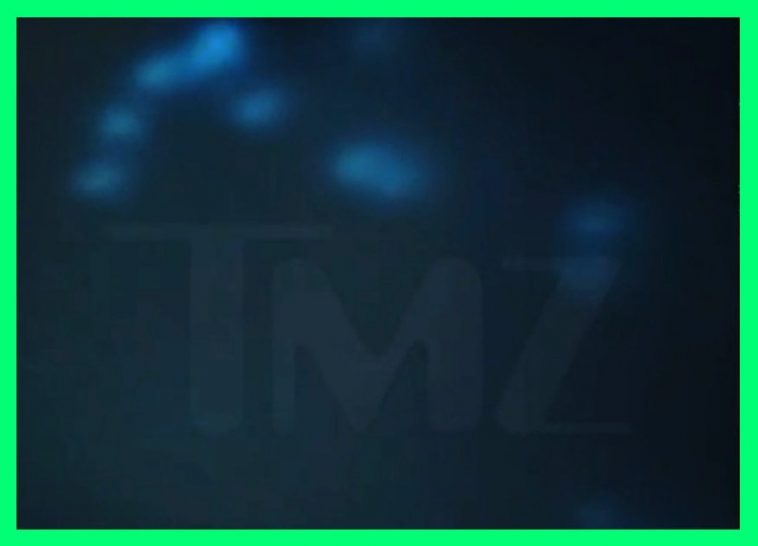 Just when you think things can’t get any weirder…things get even weirder.

Videos of what appear to be fleets of UFOs are lighting up the internet.

Multiple giant orbs were seen illuminating the sky and aligning in random patterns as they hovered over Chino Hills, California for nearly an hour.

The woman who filmed the bizarre display provided the video to TMZ on Saturday.

“Her grandson was taking the trash out, when he looked up and saw this … which prompted the rest of the family to come out and take it all in,” TMZ reports.

The eyewitness initially figured a grand event that entailed the use of light projectors was taking place nearby, but no light or beam emanated from the Earth’s surface.

After soaring around the atmosphere for approximately 40 mins, the purported unidentified flying objects mysteriously vanished.

“There doesn’t seem to be any explanation that we could find for what we’re seeing here — it’s a mystery. Of course, one answer could be … this is a UFO. Or lots of them, more like,” TMZ notes.

The shocking footage is the sighting of what witnesses claim are UFOS in the past week.

As a pilot flew over Hong Kong and the South China Sea at an altitude of 39,000 feet, three sets of bright objects are seen blink through the clouds in footage published on Dec. 9.

The lights randomly brightened and dimmed but maintained a consistent pace and speed.

“I don’t know what that is – that is some weird shit,” a man exclaims while observing the formation of lights spark through the sky. “That is something flying.”

The lights suddenly vanished before vanishing into thin air. “Gone”

While UFOs and close encounters have been claimed throughout history, the Pentagon recently launched a task force to investigate UFO sightings from service members.

On Nov. 24, the Department of Defense announced the establishment of the Airborne Object Identification and Management Synchronization Group to examine unidentified aerial phenomena and extraterrestrial life.

The new division of the military in collaboration with the intelligence community will lead the U.S.’s efforts to “detect, identify and attribute objects of interests in Special Use Airspace (SUA), and to assess and mitigate any associated threats to safety of flight and national security,” according to a statement from the Pentagon.

“DOD takes reports of incursions – by any airborne object, identified or unidentified – very seriously, and investigates each one,” the Pentagon added

“Deputy Defense Secretary Kathleen Hicks, in coordination with the Director of National Intelligence Avril Haines, ordered the undersecretary of Defense for intelligence and security, Ronald Moultrie, to create the group,” The Hill reports.

It’s unclear whether the Biden regime is drawing attention to the threat of extraterrestrial invasion to raise alarm and manufacture another crisis or if there is actually new evidence that warrants federal investigation.