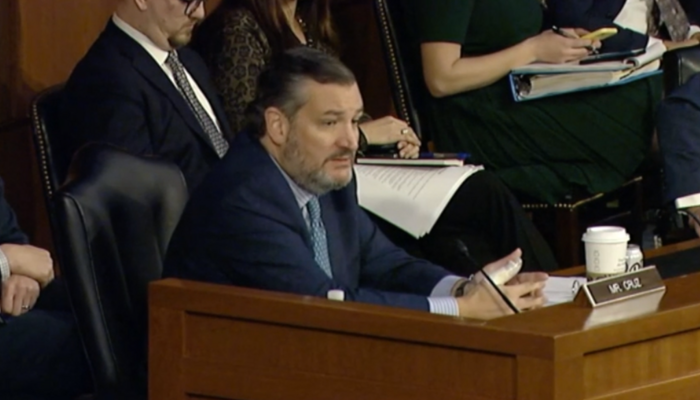 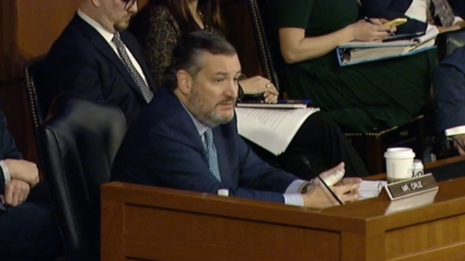 The Senate Judiciary Committee was discussing antitrust legislation. Cruz took the opportunity of discussing Big Tech abuses to speak out on the growing issue of biased online censorship. Cruz ultimately concluded that “Big Tech are the robber barons of our modern age.”

Cruz hammered the Big Tech oligarchs. “[T]he power that has been aggregated in the hands of a handful of Silicon Valley billionaires exceeds any accumulation of power in the history of our country,” he said. “It would make John D. Rockefeller blush, just [to] see the power today’s Big Tech oligarchs wield.” Cruz sees this power as a threat to America’s constitutional freedoms and elections. “I think Big Tech censorship is the single greatest threat to free speech in America, and it is the single greatest threat to free and fair elections in America.”

Next, Cruz went on to detail more specifically what abuses Big Tech makes of its unprecedented power. “There are competitive abuses that hammer the little guy, that hammer small players, that leverage their monopoly power to produce massive profit windfalls,” he criticized. “There are also censorship abuses, which many of us have raised. I have shared multiple hearings on the censorship carried out by Big Tech. It is pervasive, it is malicious, and it is brazen.”

Cruz insisted that online censorship is a problem getting bigger all the time. “And Silicon Valley keeps getting worse and worse because no matter how egregious they get with censorship, they’ve discovered there are seemingly no limits and very few downsides to engaging in their self-declared role as the arbiters of what is allowed to be said and what is not allowed to be said,” he said.

The senator ended by criticizing the lack of focus on censorship in lawmakers’ tech reform proposals. “And I wish this committee were addressing that problem directly, and carrying through on our obligation to defend the constitutional rights of Americans, to defend free speech,” Cruz stated. “I wish we were taking up directly a bill targeting Big Tech censorship—and I wish we had bipartisan agreement to do so. That’s what we should be doing. We’re not there yet, and this is not that bill.”

Big Tech censorship does impact elections as Cruz indicated. A 2020 MRC study found that Biden would have lost the election had more of his voters known about his scandals censored by social media.

Conservatives are under attack. Contact your representatives and demand that they hold Big Tech to account: Tech giants should afford their users nothing less than the free speech embodied in the First Amendment. If you have been censored, contact us using CensorTrack’s contact form, and help us hold Big Tech accountable.