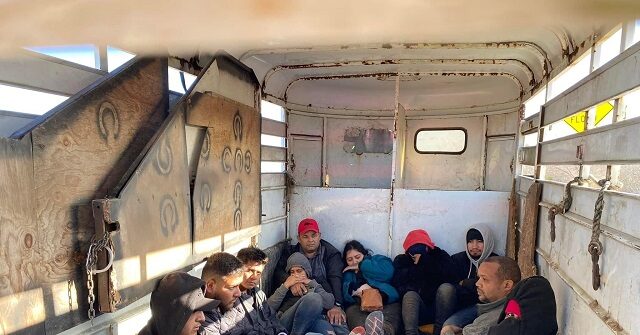 Kinney County, Texas, Sheriff Brad Coe issued a plea for other law enforcement agencies to help with the continued flow of migrants through his county. The sheriff sent a letter to fellow sheriffs in Texas, Oklahoma, and Arkansas asking for available resources to be sent immediately to Kinney County.

Sheriff Coe says the additional resources will assist his undermanned and overworked department to deal with a constant flow of migrants hoping to escape from the Border Patrol. The sheriff expresses his belief that every county in Texas has now become a border county due to the number of migrants being smuggled away from the border region.

Coe referenced the 40 Texas counties that issued a declaration of invasion in recent months. He asks fellow sheriffs to send officers, equipment, or other support staff to assist in his efforts to patrol his county.

Texas Rangers are currently investigating the recent mysterious death of a migrant smuggler. Deputies found the man dead after the vehicle he was driving left the roadway and came to an abrupt stop after striking a tree. A firearm was found in the vehicle and authorities suspected the migrant smuggler may have died fdrom a self-inflicted gunshot.

“Their frustrations are growing, not just with the federal government but also with the state government,” he emphasized. Smith, who serves as the county’s prosecutor, has presented more than 4,000 cases on behalf of the county in 2022. Most involve migrant criminal activities.

More than 50,000 migrants were apprehended in December in the Border Patrol’s Del Rio Sector, which includes Kinney County. Although the Biden administration recently added Venezuela, Cuba, and Nicaragua to the list of countries whose citizens are immediately expelled from the United States under the Title 42 Emergency COVID-19 authority, the move has not reduced the migrant traffic leaving the border region at the hands of migrant smugglers.

Rather than surrender in masse hoping for release into the United States, migrants amenable to immediate expulsion are pushed into more remote regions of the border hoping to avoid detection and return to Mexico.