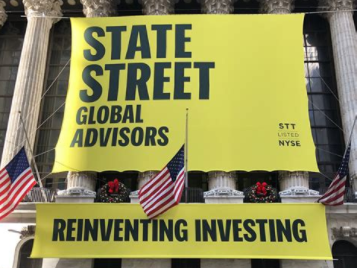 One of the largest and most profitable firms in the world will now require that managers get permission to hire white males in the company.

Whatever happened to basing a man or woman’s worth on their character and abilities rather than on the color of their skin or their sex?

Martin Luther King Jr in his “I have a dream” speech shared the following:

Instead of adhering to Martin Luther King Jr’s speech, Americans are being subjected to a new kind of racism, covered with the lie that being racist against white males will somehow help solve the problem of racism.

Over the weekend it’s being reported that one of the largest investment firms in the world will mandate that before white males are hired, their hire must be approved by some higher-ups.

Leaders at one of the largest investment firms in the world, State Street Global Advisors, will need to ask permission to hire White men as it rolls out a diversity hiring initiative.

“This is now front and central for State Street — it’s on every senior executive’s scorecard,” said Jess McNicholas, the bank’s head of inclusion, diversity and corporate citizenship in London, according to the Sunday Times.

“All of our leaders have to demonstrate at their annual appraisals what they have done to improve female representation and the number of colleagues from ethnic-minority backgrounds.”

The company aims to triple the number of Black, Asian and other minority staff in senior positions by 2023, the Sunday Times reported. If executives don’t meet the target, they will face lowered bonuses.

Recruiters will now have to establish panels of four or five employees, including a woman and a person with a minority background, when hiring middle management staff.

This is simply outrageous.

The white male is now being singled out and yet we should be doing the opposite.  We should be measuring men and women by their character and abilities and not their sex and skin color.