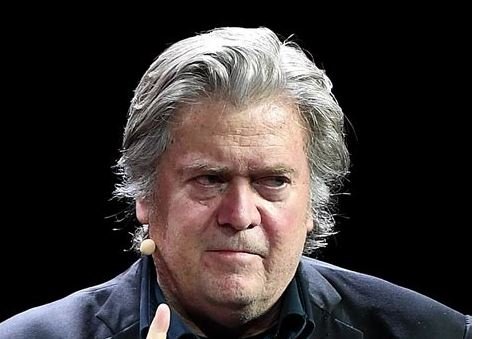 Information on Steve Bannon’s arguments in his contempt of Congress case was released today.

Bannon’s team plans to request information from the US Attorney’s Office, the DOJ, the White House and the US House of Representatives.

Bannon team: Under protective order, Bannon limited how they can use evidence in the case. Points out this is govt employee material

The DOJ is scared and trying to prevent Bannon from releasing information to the media.  Bannon’s team reminds the judge that the media wants to see this information.

“This case should be adjudicated in the court room not the media.” – DOJ

WHAT ARE THEY HIDING?

Judge trying to split the baby–how evidence can be made available to defense but prevented from released to public/media. Bannon team objects to idea, notes media wants access, too.

The judge seems to be siding with the corrupt and criminal DOJ.

Team Bannon calls it “baseless.” Judge Nichols suggests burden might be on Bannon to argue removal of protective order in each instance. pic.twitter.com/ntiUwdIPRT

Bannon is going after the corrupt and illegitimate J6 committee.

It’s clear Bannon’s team is attempting to delegitimize the entire J6 committee, which is great.

Notes Thompson’s personal lawsuit should preclude him from heading committee. Notes Raskin’s lead role in Trump’s impeachment. “Entitled to know what the processes were.”

The GOP is lost and in the woods trying to find their way out.  They’re not helping at all.

This hearing is LIT. A careful analysis of why the J6 is illegitimate–it’s too bad no GOP congressional leader is making this argument EVERY DAY.

Judge asks why Bannon wants to delay trial until late next year. DOJ push for April WHICH IS FUNNY bc they keep delaying J6 trials.

The J6 cases are being delayed but Bannon must move at light speed?

Judge notes J6 criminal cases – none have gone to trial including defendants who are detained and those charged January and February. “Languishing a little bit.”

“Government wants to move at light speed.” But of course says Bannon doesn’t need 10 months to prepare for trial.

What a corrupt group that have taken over our DOJ and the US government.  This all started with Obama.

If not, Nichols will issue ruling on protective orders.