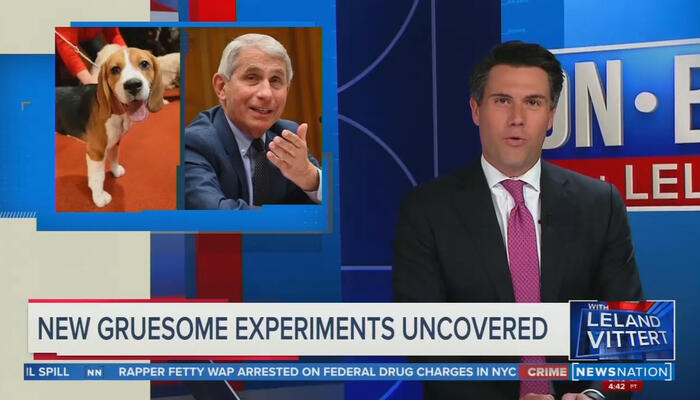 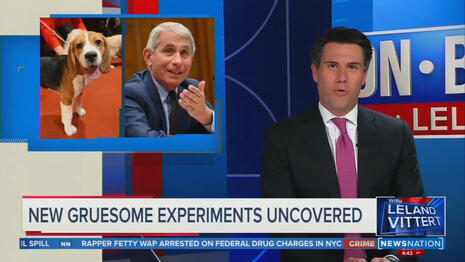 A report suggests that The Washington Post is preparing an article criticizing the White Coat Waste Project, a group dedicated to ending cruel dog experiments. Journalist Glenn Greenwald detailed The Post’s reports on the animal rights advocacy group over the years, which have been fairly impartial–until now.

Greenwald said The Post is prepared to go all out to protect Dr. Anthony Fauci, who is head of the NIH division that uses taxpayer funds to conduct cruel experiments on beagles.

“Many of the most horrific experiments, including the ones on dogs and puppies now in the news as a result of White Coat’s activism, are conducted by agencies under Fauci’s command and are funded by budgets he controls,” Greenwald wrote.

Indeed, Greenwald’s report describes emails sent from reporters at The Post that indicate the story will become a priority for them:

“In emails sent last week to the group, Post reporter Beth Reinhard advised them that she wanted “to talk about White Coat Waste and the #beaglegate campaign.” She specifically asked for a wide range of financial documents relating to the group’s funding — far beyond what non-profit advocacy groups typically disclose. “May I request your 2020 filing with the IRS,” Reinhard first inquired. White Coat quickly provided that. On October 30, White Coat Vice President Justin Goodman provided even more financial documents — “attached are the Schedule Bs. I’ve also attached a breakdown of our funding sources from 2017-Q3 2021,” he wrote in an email to Reinhard — yet nothing satisfied her, because nothing in these documents was remotely incriminating or helpful to the narrative they were trying to concoct about the group’s real, secret agenda.”

The Post appears to have started an investigation into the funding of the White Coat Waste Project, expecting to find MAGA donors dedicated to destroying Fauci’s reputation.

Instead, they discovered that the donations were primarily from small donors and grassroots organizations. Greenwald said the sudden interest in the source of donations is politically motivated:

“What is going on here is almost too self-evident to require elaboration. For years, The Post favorably covered the animal welfare work of this group without even remotely suggesting it had some nefarious ideological agenda, let alone investigating its finances. Only one thing has changed: their work in highlighting gruesome dog experimentations now has the possibility of undermining Dr. Fauci or harming his reputation, and thus The Post — acting like the pro-DNC liberal advocacy group that it is — set out to smear White Coat as right-wing MAGA activists in order to delegitimize and discredit their investigative work and, more importantly, give liberals a quick-and-easy way to dismiss their work as nothing more than an anti-science MAGA operation even though they are nothing of the sort.”