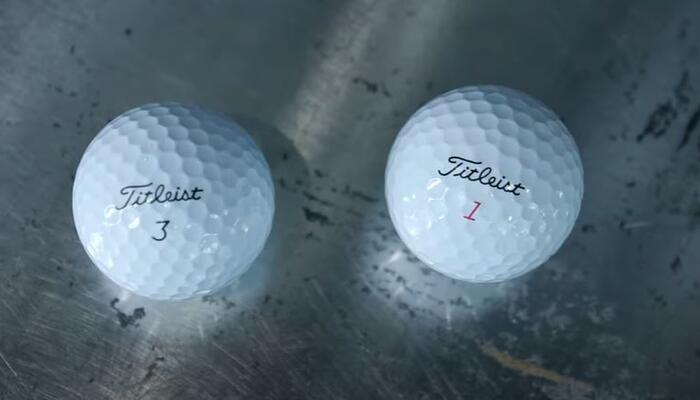 Move over, Big Tech. Titleist, the company that boasts of making the No. 1 ball in golf, is now part of the corporate censorship movement. Titleist will allow you the opportunity to order customizable golf balls with anti-Trump statements, but don’t even think about using “Let’s Go, Brandon!” This anti-Joe Biden phrase was originally allowed by Titleist, but is now strictly forbidden as a phrase.

As Fox News Digital News discovered, the “Let’s go, Brandon!” phrase will be met with this error message from Acushnet, Titleist’s parent company:

“Sorry, one or more of the words you have chosen cannot be used. Please see our Terms and Conditions to learn more about what we will imprint.

“Acushnet Company reserves the right to reject orders for imprints on our products that may, in our sole discretion, be inconsistent with our company values or brand identity, including, but not limited to logos, designs and/or personalizations that are negative in nature, advocate violence or illegal activity, or are slurs, hateful, threatening, libelous, defamatory, vulgar, obscene or pornographic.”

That statement only goes so far. In fact, Acushnet’s actions say its decision making for phrases are based on certain conditions. Including political considerations and whether it’s a Republican or Democrat getting roasted by the customer’s preferred phrase.

Fox News Digital investigated whether or not people can order balls with messages like “F Trump”, “ACAB” (all cops are bastards), “Antifa”, “Kill Cops”, “Impeach Trump” and “Kill Trump.” None of these derogatory phrases were blocked. None were met with the rejection notice that “Let’s Go, Brandon!” receives. Fox also attempted to use the Brandon phrase and received the error message.

The Brandon phrase originally started out in October as an “F— Joe Biden” chant. Later, an NBC Sports reporter mistakenly said fans chanting the Biden insult at a NASCAR race were cheering on Brandon Brown, who won a race at Talladega Superspeedway.

Trump supporters responded to the NBC mistake with memes and jokes, making “Let’s go, Brandon” all the rage. It has nothing to do with Brown, but is a more polite way of saying screw Biden. The phrase is now pervasive across the country, appearing on billboards, boats, airplane banners, GOP Congressman Jeff Duncan’s facemask, among many others. The Associated Press reported the Brandon phrase is right-wing code for “F— Joe Biden.”

Washington Times reporter Jacob Calvin Meyer reported that customers can order golf balls with each word of the Brandon phrase on separate lines, but not all on the same line as a phrase.