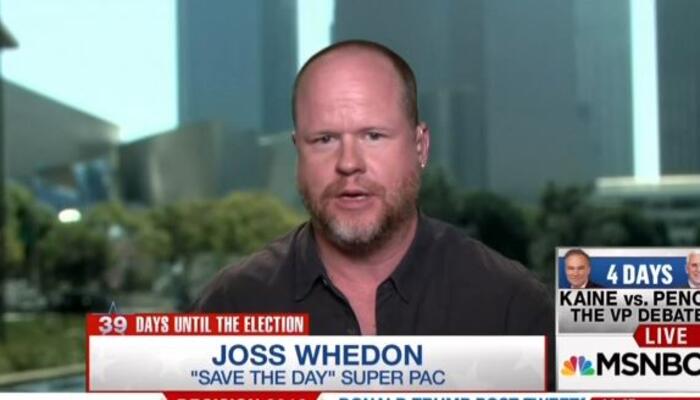 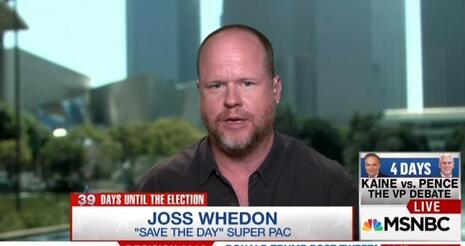 Liberal celebrity monster Joss Whedon has finally spoken out. After years of being accused of abuse, harassment and misconduct by scores of women, of racism by Black actor Ray Fisher, the Buffy the Vampire Slayer tried to defend himself in a spectacular debacle of an interview published Monday in New York magazine.

Despite the sympathetic tone of writer Lila Shapiro, Whedon spun actress Gal Gadot, who accused him of threatening her, as some hard-to-understand foreigner. He claimed to be “powerless” as he coerced women to have sex with him on the set of Buffy.

I read all 17 pages of Whedon’s disgusting, self-aggrandizing defense of himself so you don’t have to. Before we get to the worst moments of the Avengers director, let’s quickly recap: In 2017, the misogynistic Whedon smeared Mike Pence as a “loathsome swine.” The man who wasn’t allowed to be in a room of the underage Buffy actress Michelle Trachtenberg called Trump voters “uncaring and obnoxious.” The defender of women called Ivanka Trump a “dog.”

Here’s the top 5 most horrific moments in Joss Whedon’s New York magazine defense of his conduct:

Gal Gadot Is an Annoying Foreigner Who Doesn’t Speak Clearly

Gadot didn’t care for Whedon’s style either. Last year, she told reporters Whedon “threatened” her and said he would make her “career miserable.” Whedon told me he did no such thing: “I don’t threaten people. Who does that?” He concluded she had misunderstood him. “English is not her first language, and I tend to be annoyingly flowery in my speech.” He recalled arguing over a scene she wanted to cut. He told her jokingly that if she wanted to get rid of it, she would have to tie him to a railroad track and do it over his dead body. “Then I was told that I had said something about her dead body and tying her to the railroad track,” he said. (Gadot did not agree with Whedon’s version of events. “I understood perfectly,” she told New York in an email.)

Whedon is the real victim, you see. Asked about coercing young actresses to sleep with him, the ex-progressive icon explains that he simply had no choice. He was “powerless.” Even the sympathetic Shapiro was shocked at this defense:

In our second day of interviews, I asked Whedon about his affairs on the set of Buffy. He looked worse than he had the day before. His eyes were faintly bloodshot. He hadn’t slept well. “I feel fucking terrible about them,” he said. When I pressed him on why, he noted “it messes up the power dynamic,” but he didn’t expand on that thought. Instead, he quickly added that he had felt he “had” to sleep with them, that he was “powerless” to resist. I laughed. “I’m not actually joking,” he said. He had been surrounded by beautiful young women — the sort of women who had ignored him when he was younger — and he feared if he didn’t have sex with them, he would “always regret it.”

No, Wait. Maybe It’s His Mom’s Fault. Or His Bullying Brothers.

Whedon clearly shopped around for a writer who wouldn’t scoff at his pathetic defenses. To her credit, the journalist talked to many people about the nasty claims against Whedon. However, Shapiro actually also spent paragraphs allowing the filmmaker to blame his mom and brothers for what would turn into his horrific behavior. (Click “expand” to read full quote.)

Whedon was the youngest of three boys. Soft and slight and anxious, he had long red hair that caused people to mistake him for a girl, which he says he didn’t mind. He identified with “the feminine” — a testament, maybe, to his connection with his mother. She was “capricious and withholding,” but she frightened him less than his father and, especially, his brothers — “admirable monsters” who “bullied the shit” out of him. On weekends and in summers, he would pass his mornings pacing the long driveway of the family’s second home, a farmhouse near Schenectady, “making up science-fiction universes or plotting elaborate revenges on my brothers.”

Whedon now has a term for the damage his childhood caused. He says he suffers from complex post-traumatic-stress disorder, a condition that can lead to relationship problems, self-destructive behavior, and addictions of various kinds. I asked if he would be willing to share his most traumatic memory with me. “I’m going to run to the loo,” he said. Later, he would let slip that someone had advised him to pretend he needed to pee if he felt uncomfortable with a question.

Whedon is the guy MSNBC put on TV to lecture Americans about what a monster Trump is. I guess it takes one to know one: (Click “expand” to read full quote.)

Buffy costume designer Cynthia Bergstrom recalled an incident that happened during the filming of season five. In one episode, Spike asks a sadistic science nerd to create a sex-robot version of the Slayer. Whedon and Gellar did not agree on what the Buffy-bot should wear. “Sarah was adamant about it being a certain way,” Bergstrom said. “The costume she wanted was a bit grandma-ish — a pleated skirt and high neck. He definitely wanted it to be sexier.” On the day Gellar tried the different options, Whedon grew frustrated. “I was like, ‘Joss, let’s just get her dressed,’ ” Bergstrom recalled. “He grabbed my arm and dug in his fingers until his fingernails imprinted the skin and I said, ‘You’re hurting me.’

A Firefly writer remembered him belittling a colleague for writing a script that wasn’t up to par. Instead of giving her notes privately, he called a meeting with the entire writing staff. “It was basically 90 minutes of vicious mockery,” the writer said. “Joss pretended to have a slide projector, and he read her dialogue out loud and pretended he was giving a lecture on terrible writing as he went through the ‘slides’ and made funny voices — funny for him. The guys were looking down at their pages, and this woman was fighting tears the entire time. I’ve had my share of shitty showrunners, but the intent to hurt — that’s the thing that stands out for me now.”

Finally, given how much Whedon hates Trump, it’s remarkable how Trump-y he sounds in this article-ending quote about how misunderstood and kind he really is:

People had been using “every weaponizable word of the modern era to make it seem like I was an abusive monster,” he said. “I think I’m one of the nicer showrunners that’s ever been.”

The next time a liberal Hollywood celebrity wants to lecture America about morality, please remember the disgusting example of one Joss Whedon.